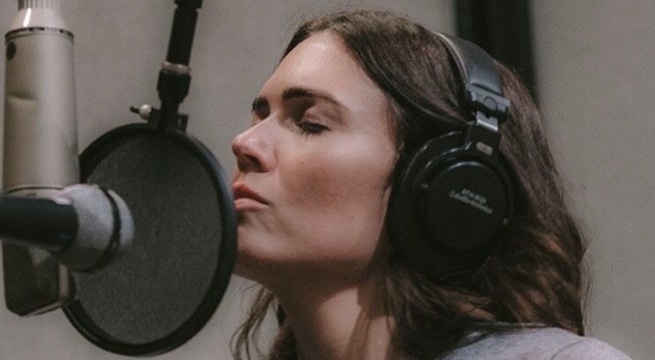 Mandy Moore is Ready to Take Over in 2020

To open November,  Mandy Moore released the second single — ‘I’d Rather Lose’ — from her upcoming untitled album, due out next year on Verve Forecast. It marks her highly anticipated return as Moore has not released any original music in the last decade but has devoted herself to acting, namely the critically acclaimed This Is Us for NBC.

Many fans of Moore have been patiently awaiting new music since Wild Hope. The anticipation is largely because Moore has a way of creating music that is honest and deeply introspective but never depressing. Rather it always manages to bring a unique and perhaps hidden perspective to an emotion or an experience that makes you question it.

The music itself is part Laurel Canyon, part Fleetwood Mac, with pop and a little dark Americana. You know when you hear a Mandy Moore song – her breathy expressive vocals, part steely anger and part vulnerability.

In February of this year it was revealed why Moore had not released any new music in the last 10 years: Ryan Adams.

A New York Times article pulled back the curtain on another #MeToo case within the music industry, and this time it involved singer-songwriter, musician and producer, to whom Moore was married to for seven years. The NYT article accused Adams of dangling career opportunities in front of female artists and musicians whilst simultaneously pursuing them for sex and retaliating when they rejected in him by withholding already recorded albums or not fulfilling promises of writing and recording sessions.

Dozens of female artists and musicians came forward to describe a familiar pattern of manipulative emotional abuse from Adams: Mandy Moore was one of those artists.

In the article Moore said that ‘Adams discouraged her from working with other producers or managers, effectively leaving him in charge of her music career’.

Moore added that he would lord his own artistic accomplishments over her head, telling her, repeatedly, “You’re not a real artist because you don’t play an instrument.”

“Music was a point of control for him,” said Moore — a sentiment the other women who came forward echoed. Adams denies these claims.

Moore has taken back this control back and has started recording new music again.

In September of this year she released ‘When I Wasn’t Watching’. A song that discusses that all too familiar feeling of, ‘How did I get here?’, ‘Who have I become?’ and more importantly, ‘Do I like this person?’

Where was I when this was going down?/ Maybe sleeping in, maybe outta town?// How do I start to retrace the steps/ I haven’t even taken yet/ The fear of what I’m facing in the mirror/ Stops me cold and leaves me here

‘I’d Rather Lose’ is about, in Moore’s own words, “the idea of trying to live according to your moral compass, whatever that be.” It is a darker, bluesier song, harking back to the mood of Amanda Leigh.

Mandy Moore is an artist to watch in 2020 because she has taken back control on her terms, and as a high profile voice amongst lesser known artists and musicians she has given other cases a higher platform than it otherwise would have gotten.

It would have been easier for her to stay silent, but is glad that she spoke out. “I very much feel like I’m at the helm of the ship now, where I’m stepping back into music completely on my own terms,” said Moore.