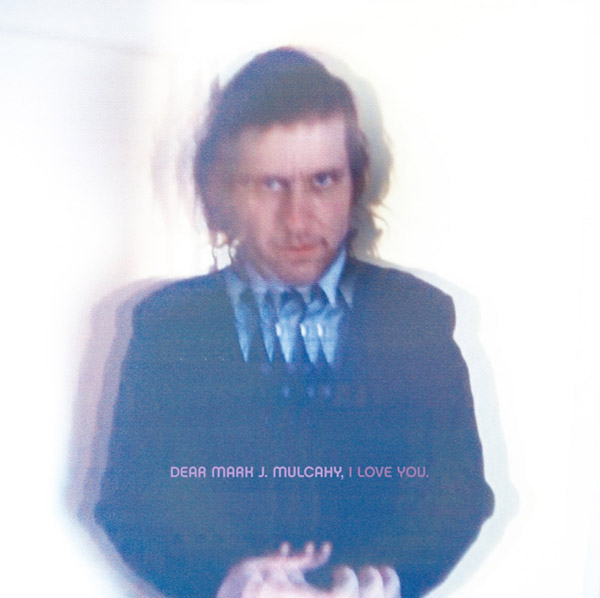 Eight years have passed since the last release by Mark Mulcahy, but the interest in his unique songwriting perspective doesn’t seem to have waned. At least not if you can judge by the slew of big names, including Thom Yorke, Michael Stipe and The National, that gathered to record his songs on a 2009 benefit album intended to help Mulcahy and his kids after the death of his wife.

You can see why those heavyweight yet inconoclastic artists would take to Mulcahy’s music by listening to his long-awaited new album, Dear Mark J Mulcahy, I Love You. The former frontman of Miracle Legion and Polaris is one of those guys who doesn’t ever do what you’d expect within a song. Yet once you hear the end result, it’s impossible to imagine it any other way.

Produced by Paul Q. Kolderie, Dear Mark J Mulcahy, I Love You is filled with spare yet engaging instrumentation and surly lyrics that are incapable of being anything but bitingly honest. Mulcahy will leave lines un-rhymed, stumble into a hook and abandon it just as quickly, and basically take a song in all sorts of unwieldy directions because that’s where he instinctively feels it’s supposed to go.

Most songs are built around a simple groove, whether it’s the Velvet Underground-churn of “Let The Fireflies Fly Away” or “My Rose Colored Friend,” the bratty rockabilly of “Everybody Hustles Leo” or “Poison Candy Heart,” or the Casio- patter of “Bailing Out On Everything Again.” With such unassumingly solid foundations in place, Mulcahy can his use his piercing, attitude-laced vocals to captivating effect.

Mulcahy may take a road-less-traveled approach to bringing his songs home, but several tracks here are grabbers at first listen. “She’s A Magnet” combines 80’s power pop crunch, a flower-power flute, and the singer’s Jagger-esque vamping to irresistible effect. “She Makes The World Turn Backward” has some of the sneer of Elvis Costello’s most acidic material as Mulcahy does a character sketch of a destructive woman: “Hold his hand, dear, until he cries uncle.”

The downside to Mulcahy’s approach is that sometimes his songs feel like a bunch of great lines assembled almost haphazardly without a core conceit to hold them together. When his focus is tight, he can take oft-covered subject material and make it sound fresh. On “The Rabbit,” he ironically admires his lover’s skill for deceit, while album-closing “Where’s The Indifference Now” points the finger at the hypocritical sympathy of those mourning a suicide victim after they barely registered his presence when he was alive.

All of this makes for a satisfying comeback for a cult artist who has several cults anxiously waiting his return. Those fans will no doubt love Dear Mark J Mulcahy, I Love You. Newcomers used to straight-line songs might want to try it out as well, because they might be surprised at how refreshing it is when a songwriter reaches his destination zig-zagging all the way.