Built with significant input from Martin CEO Chris Martin, it’s easy to see why this slope-shoulder dreadnought would be the choice of a lot of people besides him. It’s a gorgeous axe that sounds pretty much as good as it looks. There are a few things about it that are a little out of the box for Martin, maybe for any guitar, but those aren’t necessarily bad things, just a matter of taste.

Sonically, the guitar we played (the interior label, signed by the CEO himself, said it was #9) was very good but not earth-shattering. But the oscillation of the chords as they sustained was absolutely top shelf, just perfect. The action and intonation were also great, as should be expected. I was very happy to see a strap button on the inside bottom of the neck. The neck was a little bigger than I had expected, and took a couple minutes to adjust to in terms of comfortably wrapping my pretty-much average-size hand around it, especially after just playing my own smaller Larrivee. But I got used to it in a minute or two.

Something I might not get as easily used to, though, is the new Martin decal on the headstock, with a font that, frankly, almost looks cheap. It has nothing in common with the traditional Martin decals, either the vertical or horizontal ones, and isn’t really cool enough, in my opinion, to project the progressive 21st-century vibe that the designers may have been looking for, if that was the intention. Maybe it’s just me, but I don’t like it.

The top is Sitka spruce, with East Indian rosewood sides and back. The fingerboard and the bridge are ebony and the nut and bridge pins are bone. The burgundy six-latch Geib-style case was a little offputting at first, as the color is maybe a little, well, unusual. But then again, everybody and his brother has a black case, so this is actually kind of cool. And you’ll spot it quicker at the airport. The guitar is outfitted with Fishman F1 Analog electronics.

The multi-colored Style 45 Golden Era back purfling is gorgeous against the black body, and the single-ring rosette and Ivoroid binding also help make for an attractive axe. Be sure to keep a soft cloth handy though, as this black polished gloss finish needs wiping down after every play because the fingerprints and hand oil will make a mess of it under the lights, as is often the case with black guitars. Luckily there’s a cloth included in the case, so Martin obviously anticipated the need.

List price is $3,999.00 but you can find it for a grand less. So go check one out for yourself and see if you like what the CEO has done. 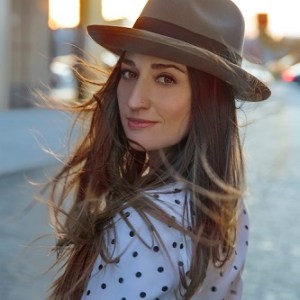 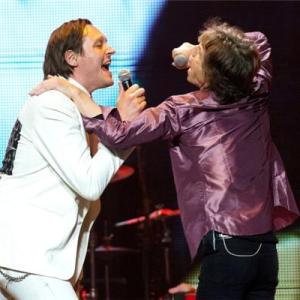