Martin debuted their new 00L Earth Guitar during this month’s NAMM ‘Believe In Music’ week and the instrument’s backstory is quite unique. Its roots are driven by climate change and the result is the first acoustic guitar that is 100% FSC® certified and 100% plastic-free.

Artist Robert Goetzl was inspired by the many students across the world who took part in 2019’s School Strike for Climate movement. Led by Greta Thunberg, the teenage activist from Sweden who would go on to receive two Nobel Prize nominations, the students call for change and action from political leaders sparked Goetzl to pick up the tools of his trade and paint a watercolor of the earth.

“When I first heard this eloquent young woman, Greta Thunberg, speak so passionately about climate change, I was immediately inspired and thought, why not design a guitar with a visual element as a tool to promote the message ‘Save the Earth,’” said Goetzl.

Goetzl has had a working relationship with Martin for several years, including designing artwork of a soaring eagle and a Native American in the traditional dress of a Lakota Sioux tribal chief which adorned a D18.  He quickly found a kindred spirit for this new idea in Martin Chairman and CEO Chris Martin.

“There’s so much that we can do as individuals to fight climate change in our daily lives,” said Chris Martin. “Yet we are continually looking for ways that our company can inspire musicians and their fans to take action. Not just on Earth Day, but every day. Music has always been a powerful tool for bringing people together for change.”

Martin and his staff took it a step beyond just using Goetzl’s artwork on the guitar. They followed some of the core tenets of Climate Change and Earth day advocates, choosing only materials that were 100% FSC certified and free of all man-made plastics.

Martin Lead Instrument Designer Tim Teel and former Martin Green Team Leader Chris Thomas used the Martin 17 Series guitar style as their framework. Even the gig bag was specially sourced and made with hemp, a fast-growing and highly sustainable material, another first for the company.

“I respect working for a company that takes environmental issues seriously,” said Teel. “This project illustrates the importance of our planet and is depicted in this amazing graphic by Robert Goetzl. By using responsibly harvested materials, we will ensure the next generation of musicians and luthiers will have great tonewoods to choose from when designing, building, and playing stringed instruments of the future.”

Goetzl is optimistic the Earth Guitar can help contribute to bettering our planet. “Perhaps this is a way to help raise awareness of resource sustainability and our society’s failure to take action against the global crisis that this troubled planet is facing.”

In honor of the 00L Earth guitar, Martin will make a charitable donation to the Rainforest Alliance. 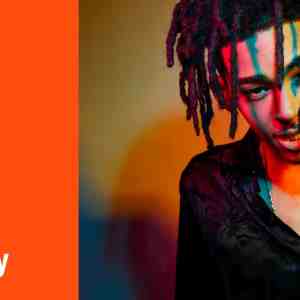 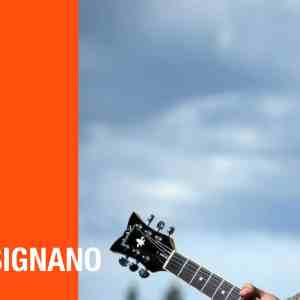