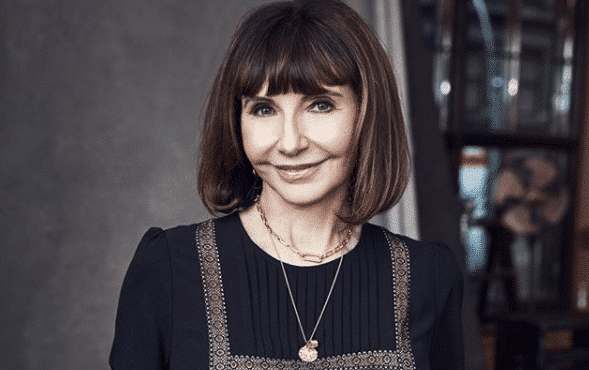 Mary Steenburgen Oscar Nomination Is No Shock, Except It Might Be

Mary Steenburgen on a short list for the Academy Awards doesn’t seem like a big deal. 1981’s Best Supporting Actress for “Melvin and Howard” has been attached to some of the last half century’s great films (“The Help,” “Time After Time,” “Life As A House,” “Ragtime”), smash comedies (“StepBrothers,” “Elf,” “Last Vegas”), deep quirk (“Goin’ South,” “Miss Firecracker Contest”), homages to the deep South (“Hope Springs,” “Cross Creek”) and life affirmers (“Parenthood,” “The Attic”).

So, of course she’s short-listed for the Oscars…

For “Glasgow (No Place Like Home).” From “Wild Rose,” the scrappy indie about a Scottish trainwreck young woman with a Nashville dream, starring the breakout Jessie Buckley. Surmising the truth about the almost inevitable heartbreak of chasing stardom, the raw ballad is a reckoning from the antiheroine’s dream dissolving into something more.

“It’s the first thing you see after she’s been to Nashville,” Steenburgen says tenderly, “And all three of us, Kate York and Caitlyn Smith my co-writers, know what that means. In different ways, we all went to Nashville, and we all went home.”

Mary Steenburgen didn’t set out to be a songwriter. Waking from a routine arm surgery with her brain literally consumed by songs understands from the inside out, it was as if her mind had dialed into a whole other universe. Go crazy, or figure it out, the shy, but wildly creative woman decided to dive in.

Ted Danson, Steenburgen’s husband and true partner in crime remembers the shift, “We’d be driving, and there’d be a long silence. I’d wonder, ‘Have I upset her?’ Or we’d pass a street sign, and she’d say, ‘Turn around! I need to see that…’ It was Lost Love Lane.

“Her willingness to say ‘yes’ to life amazes me. She’s learned so much from this non-stop music in her brain: she went from zero to 100 when life presented this moment! I would’ve said, ‘Oh,  I can’t…,’ but not Mary.”

While juggling her career as an in-demand actress, Steenburgen was working her way through learning songwriting from the inside out instead of merely proclaiming, “I AM A SONGWRITER.” Working with Martha’s Vineyard legend Mike Benjamin to explore the process and forms, being championed by iconic industry barrister Donald Passman, signing to Universal Music Publishing and establishing a core group of co-writers, including Nashville Songwriters Hall of Fame member/CMA Song of the Year writer Matraca Berg, she developed her craft over time and with attention to detail.

By the time Steenburgen heard about “Wild Rose,” she was a decade into her craft. She knew exactly who to call, but even more importantly, why.

“Kate York is this bad ass (artist pursuing the dream), but she’s also so tender – and Caitlyn is a mother of two. I’m a mother of four, so we understood all the perspectives around this. We could feel for the things pushing and pulling her.

“Rose Lyn (the character) neglected those children, at times, it felt like she was an abusive parent…. She was into this myopic desire. Jessi Buckley is so wildly talented, she pulled that off. She never asked the audience to forgive her. She didn’t worry about being liked, but more being true to who this young woman was.”

The actress in Steenburgen went deep on the research, She called the Scottish nanny who’d raised her kids “to hear the music in how she spoke.” She called her manager to acquire a copy of the a script and was informed, “but there’s no part for you.” And she, along with her co-writers, really dug deep into the victories that can emerge from what seems like defeat.

As BBC2 Radio’s Mark Hagen, who not only produces Bob Harris’ country music show and plays Harris’ producer in the film, says of the song, “It’s a belting tune that does what it has to do on-screen, but it’s so clever the way it wraps all this up. It’s authentic, written in a way Rose-Lyn could have done, but it’s so layered as well.

“The Oz that America represented to so many generations of Scots, and the pain of separation that vision ultimately wields is there. The family ties, which are so important in country music, are there, too, and it’s not entirely fanciful to suggest it works as a metaphor for the state of country music in the UK.

“For Rose-Lyn to have Bob interested in her music – and to meet an American artist like Ashley McBryde, rough the same age and with something of the same sensibility, would be an amazing opportunity, a doorway to a very different future. But as I often point out to British country artists, no matter how terrible they think a mainstream country artist is, that artist has already trampled over easily 500 other acts to get there; there are doubtfully 500 acts in the whole UK.”

“I understand,” she laughs, thinking back to her own waitressing days, chasing the dream in New York. “I could’ve come home and had this amazing vibrant life. People would say to my Dad, ‘She can come back and be in community theater, and be here.’ He said, ‘But she’s gonna make it!’ And, thankfully, I did.

“There’s this idea, though, that the only lucky story is to have the lucky break. But I’d like to think the happy ending is being somewhere you’re happy, fulfilled… and welcomed, loved.”

Empathy and compassion fill that sweet voice with just a dash of Little Rock coloring the vowels, “I remember thinking, ‘If I’m her, what do I have to say?’ We all saw this as a gigantic love letter to her mother, her children, the community she’s pushed away, because there’s something better, that idea of Eldorado or Oz.”

“We tried to picture the apartment she lived in, the idea of a poster of Patsy Cline on the wall – the one thing they could agree on. We thought about the stones she stepped on over and over, and the song just flowed out.”

Steenburgen gets quiet. Having Smith sing the demo is hardly a brazen wanna be vocal, yet something about the vulnerability of going and coming home came through.

Hagen, a cynical post-punk, who’s seen plenty of these young people’s return, sees “Glasgow” as a perfect mirror for both the film and the story. “The turning point is Rose-Lyn’s visit to the actual Opry, where the realities of the country music industry are brought home by the security guard. It’s not a coincidence in the next scene you literally cannot see Kacey Musgraves, the biggest star in the film, and RoseLyn realizes Nashville is not for her.”

The voice on the other end of the phone picks up, “Going off to join the circus in a world where so many are isolated, working in front of complete strangers without a team is so hard.  She got as far as you can, she got to know it wasn’t for her – and that’s important. What the song is, it’s the story of more people than the other way around. But what’s important is it had to be the story not of defeat, but of finding your place. That’s why it’s Dorothy’s refrain for the subtitle There’s No Place Like Home.”

0
The 11th annual 30A Songwriters Festival will be remembered as the year singer-songwriter David Olney passed away onstage, but as he no...
Read more
Best New Music