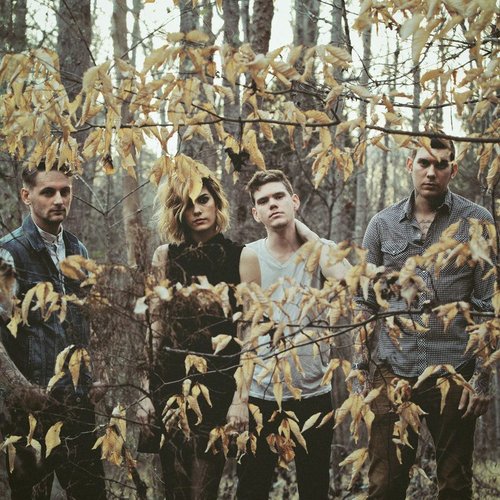 One of the coolest things about Matrimony’s debut full-length album Montibello Memories is just how difficult it is to characterize. Just when C.J. Hardee’s mandolin and banjo starts to take a song into rootsy territory, Jordan Hardee comes crashing in with walloping drums, creating momentum that hoists it into the cheap seats. As soon as you get used to Jimmy Brown singing anthems about the push and pull between hometown memories and the need to keep moving on in one’s life, Ashlee Hardee Brown (Jimmy’s wife and sister of Jordan and C.J.) takes over and muses poignantly about relationship struggles.

There will probably be those who want to label Matrimony as a kind of Americana Arcade Fire. While there is some accuracy in that description because of the way songs like “How Do You See Me” and “See The Light” soar to sudden crescendos seemingly out of nowhere, the comparison fails to capture the innate warmth of this music, especially when Ashlee’s ethereal vocals float above the fray. And yet the layered harmonies of the married pair sometimes bring forth raw, complex emotions that resemble Rumours-era Fleetwood Mac.

Producer Jim Joyce manages to make the rafter-rattling moments more impactful by emphasizing open spaces in the quieter sections. Rarely will you hear a debut record this assured and diverse, something that makes room for dreamy love-gone-wrong songs “Last Love” and “Shut Me Out” right alongside the herky-jerky catchiness of “Lucky Man” and “To The Road.”

The one consistent vibe that is sustained throughout the entirety of Montibello Memories is passion. On “Obey Your Guns,” Jimmy Brown sings “Follow your longing and swallow your feeling.” Matrimony provides the perfect soundtrack for such heart-first exploits on this striking debut. No matter how you want to classify them, there’s no denying that this family band is already a force.