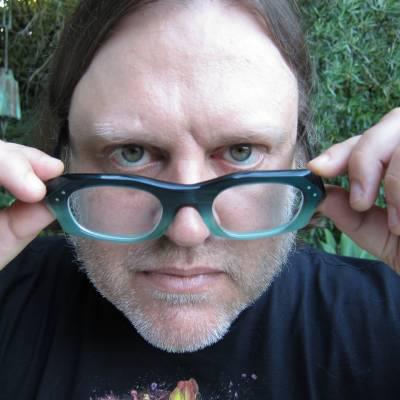 I was first introduced to Matthew Sweet’s Girlfriend by, well, my high school girlfriend. 20 years later, the alt-rock touchstone remains as disarmingly charming and enjoyable as the day she dubbed it for me on cassette, with 10,000 Maniacs on the opposite side. Sweet’s latest effort, the all-analog Modern Art, finds the Nebraska native in fine form, from the Byrds-ian jangle of “She Walks The Night” to the bluesy crunch of “Ladyfingers.”

We quizzed Sweet (via e-mail) about songwriting, his new album, and performing Girlfriend from start to finish live. He kept his answers short and… you know the rest.

Girlfriend is now 20 years old. Does it feel like it came out that long ago to you?

Girlfriend feels very familiar to me still, so I guess it doesn’t feel old to me, per se. I was afraid going into learning it would give me all sorts of strange feelings, but it just feels like me for some reason. Man, twenty years can fly by!

You’re playing the album on tour in its entirety. What does that feel like?

We’ve only done it a couple of times so far, twice in Spain, but we were glad to get it under our belts, so to speak. It seems a little daunting to play and sing but we’re getting the hang of it.

How much rehearsal and preparation does that take to pull off, an entire album in sequence?

Well, so far we’ve rehearsed only a handful of times, I guess every show is a new rehearsal! We’ve actually kept pretty close to the original versions.

Are there any parallels between Girlfriend and Modern Art?

Well, Modern Art is coming out during Girlfriend‘s twentieth year, so that gives them a strange bond, but Modern Art is really very different in that it is much more abstract in structure.

What’s a song on Modern Art you really want people to hear, and why?

“When Love Lets Go I’m Falling.” To me it evokes the vibe of a song like “You Don’t Love Me” from Girlfriend, a true melancholy.

What’s a lyric on Modern Art you’re particularly proud of?

“It gets cold enough in here for extra blankets” from “She Walks the Night,” a sort of Byrds-influenced ghost story.

Mostly melody first, but occasionally I have words or a title and go from there.

You’ve co-written songs with Hanson and the Jayhawks. What are your thoughts on co-writing?

Co-writing can be a lot of fun, and an intimate connection with another writer. I try never to be too pushy, but to let things happen naturally to surprise us.

Who are your musical heroes?

The Beatles, John Lennon, Neil Young, Alex Chilton and Big Star, Jimmy Hendrix, The Byrds…there are so many.

What bands or artists excite you now?

I don’t really follow along… but I know they’re out there!

Well, not that he’s underrated, but his songwriting just gets better and better — Shawn Mullins.

What’s the perfect song to you?