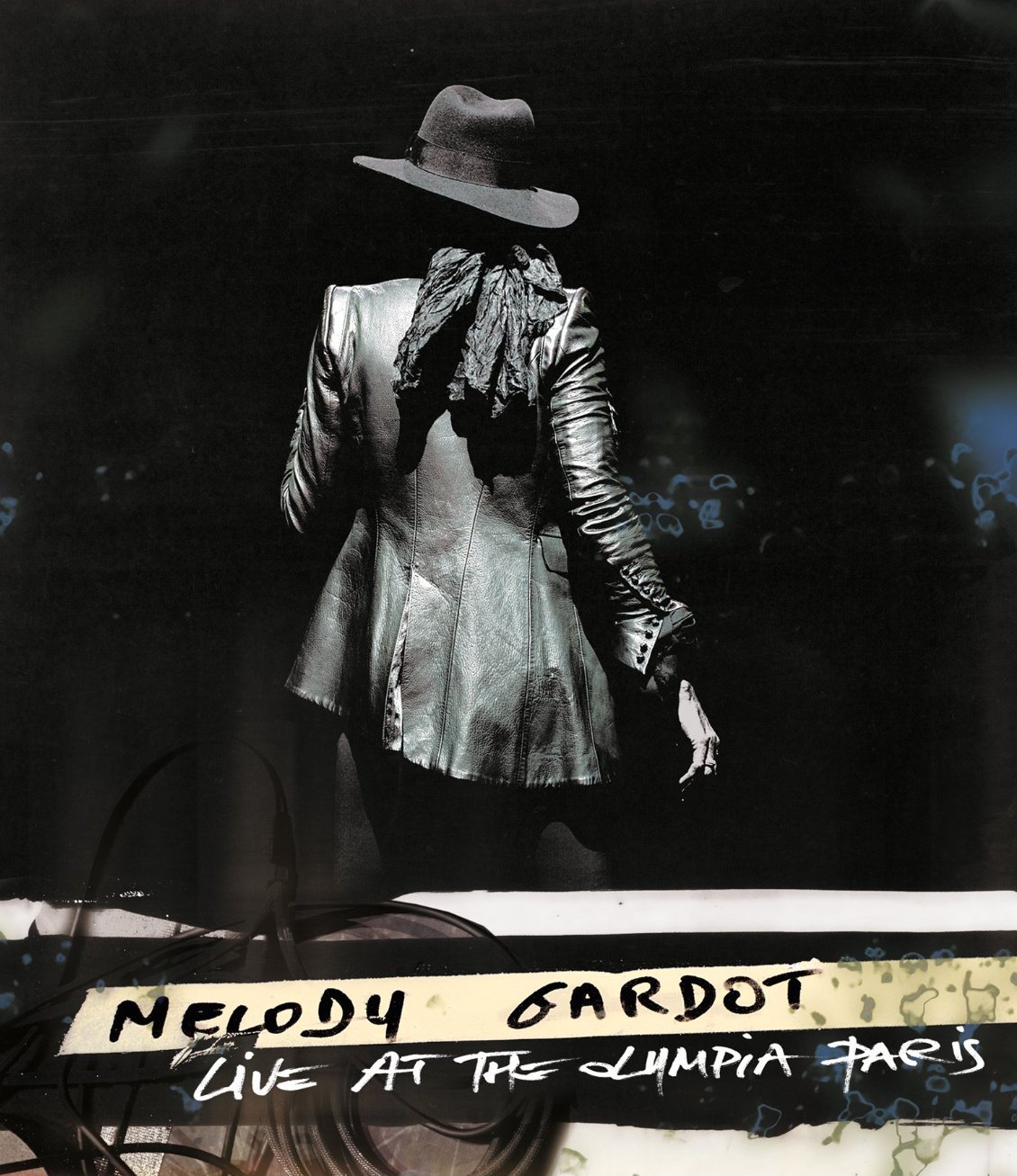 An artist’s challenge is moving forward without losing the audience they have already acquired through years of perfecting their style. That’s the conundrum of jazz noir diva Melody Gardot whose early albums featured her husky, cappuccino drenched voice accompanied by stripped down, club styled backing that made you feel you were in the dimly lit, late night environs of a singer/pianist playing to a small, tightly knit crowd as glasses clinked, cigarette smoke filled the room and last call already happened a few hours ago.

Gardot’s newfound tougher direction took her impressive voice and songwriting abilities into far edgier territory on 2015’s terrific Currency of Man. She brings that approach to the Paris stage on the beautifully shot, immaculately recorded 100 minute DVD, captured during two nights in October, 2015. Gone are the lush orchestrations and warm world influences, replaced by a gutsy and eclectic seven piece backing outfit, including a wildly talented and heavily spotlighted three piece horn section. The groove easily shifts gears from the full on jazz of “March for Mingus”— a track that faded out after a minute in the studio version but is here extended to a stunning eleven minute showpiece incorporating avant-garde influences from the titular musician along with name checking Ornette Coleman and Charlie Haden in a pre-song introduction — to blistering funk and even rock. Gardot, who plays as much guitar as piano, is clearly challenging her fans by pushing boundaries past where her recorded ones ended.

A set list that heavily tilts to her latest album with seven out of eleven selections shows she’s not interested in repeating past glories, even if Gardot does reach back to 2009 for a stripped down “Baby I’m a Fool” performed in a stark version a far cry from the string enhanced studio track. She also reprises “Who Will Comfort Me” but propels it into almost rock territory with driving bass, blaring trumpet and choreographed horns.

The New Jersey born, Philadelphia bred Gardot, who speaks fluent French, although mixed with English, spends time connecting with the audience and telling stories, some of which seem to wander off course. The stage lighting, bathed in deep blues and purples with beautifully intense motion, increases the drama already inherent in both her songs and her full black ensemble with ever-present shades as she stalks the stage like a panther on the prowl.

The closing 10 minute “Preacherman” and a 20 minute encore of “It Gonna Come,” the latter moving into deep funk and featuring solos from most of the band, extends these tunes far beyond their recorded takes. It concludes the show with an explosive bang that has the somewhat sedate audience cheering for more. Gardot and the group are obviously enjoying themselves, expanding her jazz vision into blues, soul and R&B, while captivating fans with a vibrant, artful and exuberant show you just can’t imagine getting much better.

Live Review: Tom Petty and the Heartbreakers’ Last Show at the Hollywood Bowl

0
A dispatch from Tom Petty's September 25 concert at the Hollywood Bowl.
Read more