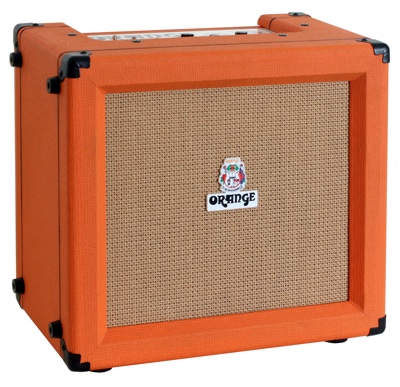 Later on in this feature, we’ll look at what’s defining the experience of a new generation of electric guitarists: amp modeling. But here, we check out two combo amps whose tone carries nostalgia for perhaps a bygone era.

ORANGE TINY TERROR
Imagine lugging a nice Marshall half stack up two flights of stairs for a gig. Now imagine only needing to carry something a quarter of the size and weight and not losing the ability to melt someone’s face. The Orange Tiny Terror Combo amp is a gift from the rock gods. Like everything from Orange, it’s simple, and it sounds amazing. It’s got more gain than you’ll ever need with a harmonically rich upper end and lush tones without being brittle. It quickly became clear why artists like Jimmy Page use Orange amps. The construction is compact and solid with the standard tone and volume icons on top and basket weave grill cloth. It’s an open back cabinet with EL84 Class A Circuitry and one twelve-inch Greenback speaker that gives you smooth compression and distorts effortlessly. It utilizes a 15 and 7 watt setting and both achieve a natural distortion that normally requires rattling your house and/or cops, (although the 7 watt setting does lose a little of the bigness). The Tiny Terror is an amp that shouldn’t be relegated to practice status. It’s a great choice for recording and gigging for reasons of size and more importantly because it sounds really good. LIST PRICE: $1089.00— JASON BULLOCK & SCHYLAR SHOATES 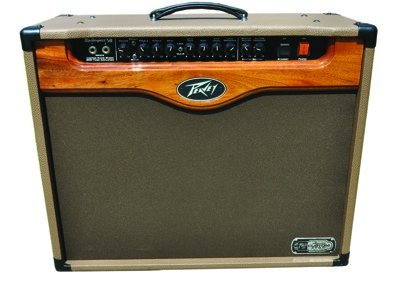 PEAVEY MASTERPIECE 50
This offering from Peavey’s 19th Street Custom Shop—handmade and handwired in Meridian, Mississippi—is a 50-watt two-channel tube amp voiced to react to what you put into it, with cascading gain stages and lots of ways to coax country, rock and jazz tones. The Masterpiece 50 can get very loud without losing fluidity, smoothness and dynamics. On the clean side, a bright switch harkens to “blackface” tones, those coveted mid ‘60s Fender amps that pre-dated the less-revered “silverface” era. This amp also has a boost switch that bypasses the treble, mid and bass controls and really ups the amp’s output, creating the kind of dynamics I mentioned above. If you are very keen on lead channels, you’ll love the intricacies of tone provided by three separate gain controls. It’s quite sophisticated and pretty cool to play around with: each knob controlling a different tube stage in the additional gain channels, creating a million different shades. If you can’t find the overdrive tone you’re looking for, buddy, you just may as well give up the search. One thing—barely worth noting—is that it’s actually quite difficult to read the controls on the face due to the lip overhang on top of the amp. A very minor gripe, and one that should not prohibit anyone from this well-made and great-sounding amp. LIST PRICE: $2,749.99—DAVIS INMAN 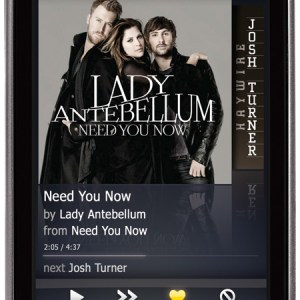