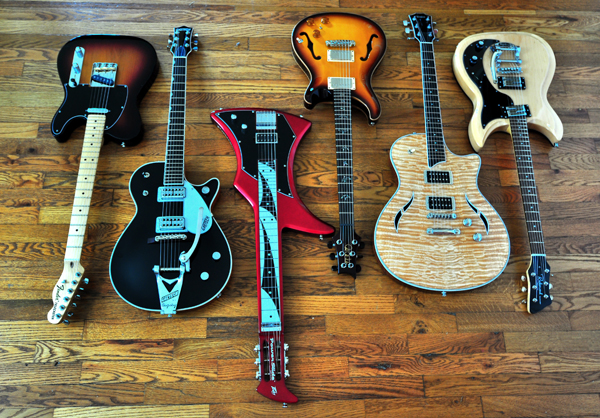 Since the first solid-body lap steel guitar was amplified in the early 1930s, the electric guitar has been a sheer force of nature in the world of sound. It has influenced practically every aspect of popular music, and entire genres of music have been built solely on its shoulders. For our Country Issue, we thought it was due time for American Songwriter to enter the fray, checking out six electric guitar models—both classic and new-fangled—and also weigh in on the latest developments in amplification and effects.—DAVIS INMAN