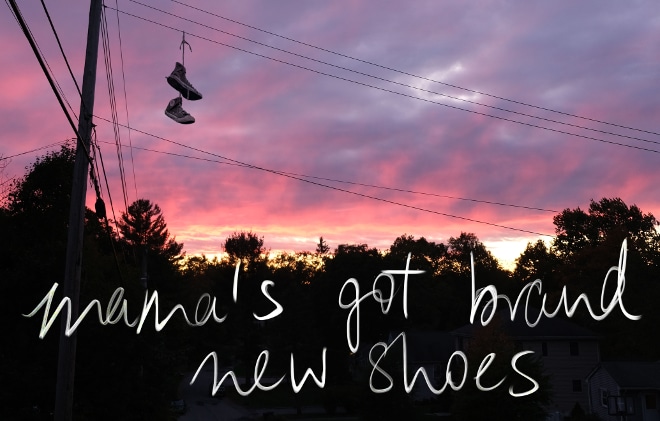 New York-based Americana artist Mosa (aka Melissa Frabotta) released single “Mama’s Got Brand New Shoes” with another — “Hard Times” — set to follow. Both of the tunes and their tonality are classic, working class folk.

Premiering on American Songwriter, “Mama’s Got Brand New Shoes” offers a rockabilly anthem that sets ‘Mama’ on a course to fun and freedom while moving away from the mundane. It could have been a thoughtful expression from the perspective of when Frabotta wrote the song.

“Most of the song was written on a lunch break at work. There was this spot behind the building near the dumpsters where I’d tuck myself away and carve out some time to write,” she told American Songwriter.

“The idea sparked from a salty conversation I had with my boss that left me feeling discouraged. Lines like ‘I’m so tired of you and you’re so tired of me/I’m throwin’ in the towel and mama’s gonna feel brand new,’ came to mind pretty quickly. I kept running with the idea of feeling liberated from all ties, and how it can make someone feel fresh, like a new pair of shoes. As I sat in that spot, I’d also see this freight train wrapping its way across the mountains near the Hudson River, so lines like ‘There’s a freight train moving down the mountain tracks/and it’s so stuck in line and I don’t wanna live like that,’ came about from me just observing the monotony and repetition of the day to day.”

What stands out about the song is the stark contrast for pandering to the most mainstream — while not disregarding it — but rather carving out a place that is both classic and unique. “Mama” is a track that can be played for the newest Americana fans and the most tenured.

For Frabotta, the vision for what the song could, and eventually would be, did not waiver.

“I knew I wanted “Mama’s Got Brand New Shoes” to speak from a place of power, frustration, and boldness. I was going through changes, and feeling powerless in a lot of ways,” she said. “This song was a way for me to connect to that feeling, and hopefully help others do the same too.”

“Chuck Berry, Big Mama Thornton and Little Richard were definitely a part of the inspiration that came with writing something simplistic, witty and energetic. Their songs always had a catchy hook to pull you in and keep the song chugging along, in a way where the words felt familiar and natural. I definitely tried channeling some of that into the song, so it could become an anthem for people to feel empowered and chase down their own path, without hesitation.”

Mosa will be playing countless shows in support of her new EP, check out her site, MosaSings.com

0
The 11th annual 30A Songwriters Festival will be remembered as the year singer-songwriter David Olney passed away onstage, but as he no...
Read more
Best New Music