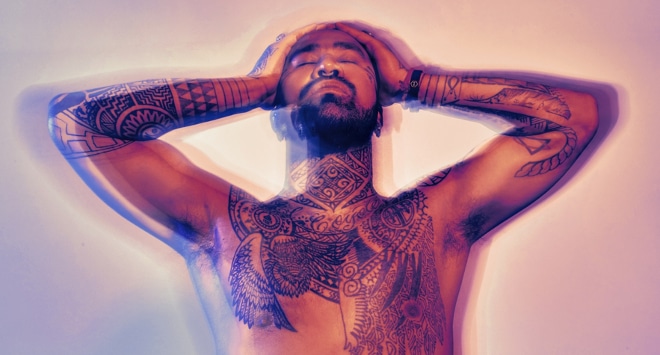 Nahko and Medicine for the People “Slow Down” on New Single

These days, everyone could use a bit of down time. That’s part of the message in Nahko and Medicine for the People’s latest single, “Slow Down,” the second track from the collective’s upcoming album in 2020.

Led by singer Nahko Bear, who is of Native American (Apache), Puerto Rican, and Filipino descent, the line up of Medicine for the People is a multi-cultural group deeply rooted in spiritual and shared ideals. The band has come a long way since Dark as Night in 2013 and its 2011’s On The Verge debut to build an entire community through its devout fanbase, appropriately called The Medicine Tribe, and its support of organizations like Amazon Watch, Indigenous Regeneration, and Honor the Earth.

Spiritually driven, like most of the group’s music, “Slow Down” pours in harmoniously, bringing attention back to body, mind, and spirit. The track also has a celestial connection—it’s release coincides with the start of the lunar cycle, the full moon. As with the lunar phase, the uplifting track shines a light on growth, clarity, and the realization of one’s creative energies.

Yet, “Slow Down” is nothing new. To be clear, it was one of two singles originally written by Nahko a decade ago and was inspired by his then-partner who was recuperating from an injury at the time. The other track is the group’s first single from the new album, “Lifeguard,” a song Nahko wrote after he nearly drowned in the ocean 10 years ago. Like, “Slow Down,” the single was also released in line with another lunar cycle, the new moon, symbolizing new beginnings and resetting direction and intentions.

“They [both tracks] withstood the test of time and got better with age,” Nahko tells American Songwriter. “Inspiration derived from a reoccurring injury my partner at the time was working on healing. She began using the plant medicine to help her joints and bones. Everything for us at that time was about moving slow and going with the moment’s flow.”

Nahko says the song is “a lullaby and ode to our plant teachers,” but it also speaks to being afraid of losing your way and a reminder to slow down in order to get things done. “As we enter 2020 may the Archer’s arrow spark a fire for you,” says Nahko. “May it liberate those stuck places and emotions, so that tangible healing can occur. May slowness and stillness provide that broadening horizon for the ultimate manifestation of our prayers and dreams, individually and collectively.”