Author George Gruel also is releasing a new e-Pub version with 90 new images, and recordings of music and conversation with Zevon on the road

George Gruel, Warren Zevon’s road manager and aide-de-camp for six years, originally began his career as an artist, illustrator, and photographer. In 2012 he released Lawyers, Guns & Photos, a book of photographs he’d taken, documenting those years with the Excitable Boy from a perspective that only a true insider could capture.

Now some 17 years since Zevon’s death, Gruel has re-released an updated version of the book containing four additional pages, as well as a new e-Pub version containing 135 audio clips. These include live performances taken directly from house mixers’ boards and unique conversations captured on the road.

“I don’t know why I saved all this stuff, for all of these years, but I’m certainly glad I did,” said Gruel. ”The photos were not properly stored, but somehow, they survived, as did I.

“It was a fabulous time to be in the music business and in L.A., especially with Warren and all the adventures we had. He introduced me to a lot of really interesting people and ideas. I wanted to share my experiences with Warren with his fans. It was/is a labor of love.”

When first published, Lawyers, Guns & Photos was fully endorsed by many of Warren’s inner circle.

“This photographic treasure trove,” said Warren’s wife Crystal Zevon, “brings back the Good, the Bad and the Ugly… Just like Warren would have wanted it.”

Ariel Zevon, his daughter, said, “Thanks for this rare peek into the era of Dad’s true rock and roll adventures. I was too young then to understand the fucked-up insanity of his perplexing character – I just knew I loved my daddy. Now I can look back and appreciate him anew.”

Gruel’s goal, he said, was “to show another side of Warren. A side that attracted us to him. Twisted and as out there as he was, he was a really fine man with a heart of gold.”

Anita Gevinson, who lived with Warren in Philadelphia and accompanied him on tour in the early 1980s, says, “George was more than Warren’s right hand man. More like the missing pieces of his brain.”

CM Kushins, whose Zevon biography, Nothing’s Bad Luck: The Lives of Warren Zevon, was released this year, said “I can’t praise the new digital e-Pub edition of George Gruel’s Lawyers, Guns & Photos highly enough! I loved the original edition when George first took up his labor of love a decade ago, and now so many of his new soundbites and audio clips make this updated version a genuine `must have’ for ALL fans of Warren Zevon!”

“Not only are the pics incredible, but the never-before audio recordings perfectly complement Warren’s music — definitely my highest recommendation!”

In 1974, Gruel photographed the Bob Dylan and the Band tour for the book Bob Dylan Approximately.

In addition to his work on the road with Zevon, he has also toured with New Riders of the Purple Sage and The Eagles. He earned a gold record for contributing vocals on Don Henley’s  “Dirty Laundry,” and was art director for the album Another Stony Evening by David Crosby and Graham Nash.

The print version of Lawyers, Guns and Photos is published by Big Gorilla Books and is available at www.blurb.com.

The e-Pub version is only available at Apple Books.

Tracks in this package: 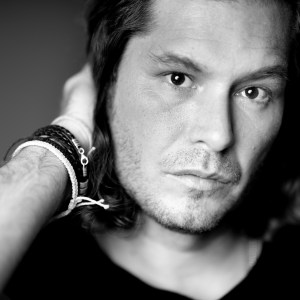 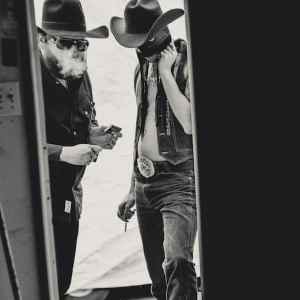