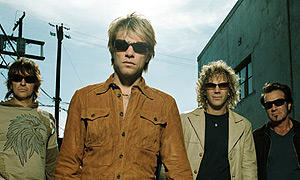 Despite the sluggish economy, the New Orleans Jazz and Heritage Festival saw an increase in attendance over last year, setting a post-Hurricane Katrina record. Despite the sluggish economy, the New Orleans Jazz and Heritage Festival saw an increase in attendance over last year, setting a post-Hurricane Katrina record. Co-producers AEG Live and Festival Production are reporting that over 400,000 people attended the two-weekend concert, an increase of approximately 375,000 people from last year’s attendance numbers.

When asked about the importance of Bon Jovi’s presence at the festival, Randy Phillips, CEO of AEG Live said, “Probably 60,000-65,000 were in front of Bon Jovi’s stage.” He continued by saying that, “Bon Jovi’s enduring appeal manifested itself in one of the biggest days ever at Jazz Fest.”