Hello and welcome back to our running series where we showcase some of our favorite songs and videos from the week.

This week we have tunes from Judy Collins, Odesza, Future Islands, Baby Tate, Trombone Shorty, Sabrina Carpenter, and many, many more!

So, without further ado, let’s dive into the music, shall we?

1. Legendary American songwriter Judy Collins has released her latest single “Grand Canyon,” which we’re happy to share below. The song showcases Collins’ lovely, lilting voice and reminds us why she was such a major star in her day.

2. Pacific Northwest-born electronic band Odesza released their latest video on Thursday (February 17) and it’s a doozy. The new video features Bettye LaVette on vocals and Eva Walker dancing with the electric bass guitar. Check out the new tune, which is already racking up the views, below.

3. Kurt Vile has announced a new forthcoming record, watch my moves, that’s set to drop in April. With that news, Vile also shared a new single, “Like Exploding Stones,” which you can check out below in all its dreaminess.

4. Bob Mould released a new live EP, The Ocean, and with it, the artist shared a video of himself performing the track “Forecast of Rain.” Check out the new video below from the thought-provoking rocker.

5. Baltimore-born duo Beach House has released its latest LP, Once Twice Melody. But just a couple of days earlier, the band dropped their latest single, “Hurts To Love.” Previously, the band had been releasing chapters of songs, and this is the first standalone from the ethereal band.

6. Trombone Shorty announced his first solo album since 2017. That new record, Lifted, will feature the artist’s latest single “Come Back.” Revelry combines with artistry and the result is pure sonic joy. What a hit.

8. Sabrina Carpenter released her newest single today (Feb. 18), “Fast Times.” The track propels, bumps, and shakes any rust off your bones as you realize the reality—The world can and should be fun. Carpenter knows this, too.

9. David Letterman’s favorite band, Future Islands, has released a new track, “King of Sweden,” this week. The song is hypnotic and plucky—the kind of music you’d expect from such a talented theatrical group of friends.

10. MØ released her latest single and accompanying video for the track “Cool to Cry.” MØ is provocative and keen, and her music turns your chest into a bass drum and your brain into a jar full of electricity.

11. Standout soulful singers PJ Morton and JoJo have released their most recent collaboration, “My Peace,” which offers exactly what you’d want from the Grammy-winning collaborators. It has heart, heat, sex appeal, rhythm, and enough melody and harmony to carry you through the week.

13. Earlier this week, energetic band High Pulp dropped its latest instrumental single, “Blaming Mercury,” and we can’t help but think about everyone who claims a certain planet in a certain retrograde is why a certain something happened. No judgment. (Well, maybe a little.) Enjoy the fluttery tune below.

14. Talented vocalist and emcee Baby Tate released a pair of new singles today—”What’s Love” and “Sl*t Him Out.” Check out the swagger and drip from a burgeoning, talented artist, who can effortlessly sway from sharp-tongued lyricist to emotional, emotive storyteller.

15. Nashville-based Americana artist Michaela Anne dropped her latest track “Who You Are,” along with an accompanying music video. The track is lovely, catchy, and reminds us of that feeling between home and being lost.

16. Pacific Northwest (via Maine) pop-punk artist Haley Graves released her latest single, “Over.” The rising rocker rides the emotions and riffs of the early aughts to carve out a name for herself in the upper left region—and beyond. Check out the new song below.

18. Tame Impala released a new collection of songs, The Slow Rush B-Sides and Remixes, which includes “The Boat I Row.” We adore Tame Impala with his falsetto voice and intricate production. What a musical genius.

19. Alesso & Katy Perry released a new remix version of their recent hit song, “When I’m Gone.” This new version, labeled VIP Remix, is a high-energy, percussion-infused track that will get you up on your feet at any time of day.

21. New Orleans-born band Tank and the Bangas released their newest single, “Black Folk.” The group has a new album coming this spring, which is an eclectic delight. Check out their newest track below, which features a little poetry, too!

22. Hit songwriter Charlie Puth released a new acoustic version of his track “Light Switch,” which you can check out below in all of its bubbly wonders. Puth released the original studio version of the song over a month ago. But we love this stripped-down version just as much.

23. Alt-pop sensation Zolita has released a new song, “Single in September,” alongside a brand new music video. Produced, directed, and edited by Zolita, the new video—the second installment of a high-concept trilogy that began with the release of the viral single “Somebody I Fucked Once”—shatters the notion of picture-perfect rom-com endings.

24. The Bros. Landreth have released their latest single “Stay,” an R&B-meets-Americana roots flavored song about the internal conflict of wanting to settle down after spending 15 long years on the road as touring musicians. The new song is a tantalizing taste of what’s to come from their upcoming third album, Come Morning, due out May 13.

25. Queen Naija and Big Sean have released a new song, “Hate Our Love,” which is meant for “cuffing season,” i.e. that time when love is in the air otherwise known as early spring. Check out their new, amorous tune below from the two big names.

26. Avi Kaplan (formerly of Pentatonix) recently announced the forthcoming release of her new Shooter Jennings-produced LP, Floating On A Dream, which is set to drop on May 20. To celebrate the news, the artist released the new single, “All Is Well,” and it’s truly lovely and haunting (a tough combination to pull off!). Check it out here below. 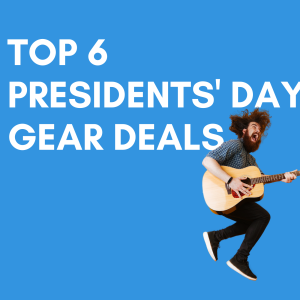 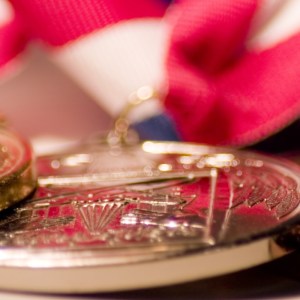