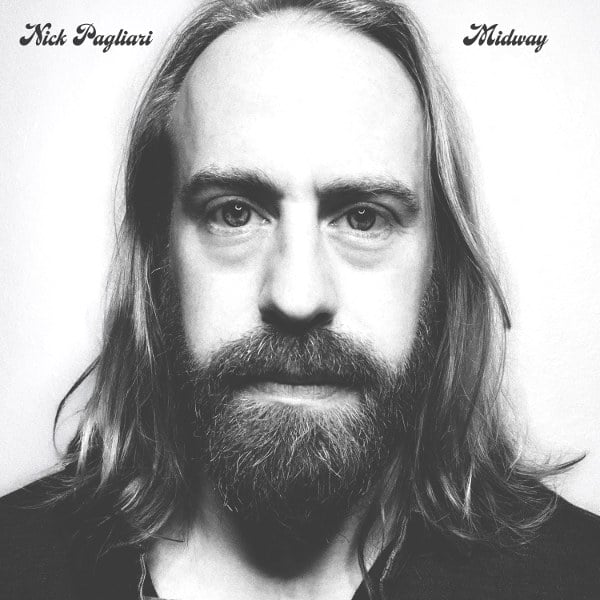 Lifelong songwriter Nick Pagliari is getting a second chance at his teenage dream of pursuing music and writing ageless songs like his idol, Tom Petty, did.

After a several year exit from recording music and performing, Pagliari resurfaces, bringing a soul inspired record reminiscent of classic sounds popularized by the Stax label.  Pagliari’s Record Midway is stippled with layers of brass and horn arrangements, mixing Memphis soul with facets of folk songwriting.

“I would describe Midway as an Americana roots record with some Memphis soul to it.  I’m originally from Memphis and I wanted kind of a Stax vibe,” Pagliari told American Songwriter.  “When I was a kid, we had a jukebox with a lot of Motown bands, so I grew up with all that stuff. As I got older, I got more into songwriters like Tom Petty and Bob Dylan.

“I had a publishing deal for about three years from 2005 to 2008.  After that I was still writing and touring off an album I released in 2007 called Please and Thank You.  But I kind of got to a point when I thought I should go back to school and do something different; I was 30 at that time,” he said.  “I met someone who was in Nursing, I did my research and started on my degree. Afterwards I got my masters in Anesthesiology. I have worked in the ICU and a few hospitals, so now that’s my day gig.  I’m a CRNA. During that time, I was still picking up my guitar every now and then, I never stopped writing. I think I knew at some point I would come back to it.”

Looking back Pagliari explored the memory of that quintessential and life changing moment when he knew he wanted to make music.  He was fifteen and “coerced” into joining a band with some school friends. Frankly and with a hint of laughter, Pagliari confessed he didn’t even know how to play then.

“At the beginning we were just playing covers, but then I realized “hey this feels really good,” he said.  “I got interested enough after that to start writing my own songs and knew it could be something I could pursue.”

He adds, “I do all of this in hopes that someone will connect with it in some way and it might relate to their life.  I try to write in a way that the songs are relatable to anyone, I think if someone can put my songs to part of the soundtrack of their life at that time, then I have done a great job.”

The six tracks that appear on Midway reflect a time when Pagliari was learning how to balance a demanding new career with being a father, and of course he could not forget his number one fan, his wife.  Pagliari’s favorite song from the record “The Heart is a Muscle,” is a tribute to his doting wife, who Pagliari describes as a fighter and a primary influence on his song writing.

“My wife is such a strong person, she has really overcome a lot of adversity and has always been a fighter for the underdog, which were all themes I was inspired by for the song,” he said.

“The Heart is a Muscle” defines and sets the tone for Midway.  The absolute idea in the lyrics is supported by contrasting but complimenting instrumentation.  The lyrics “The Heart is a muscle, you got a strong one now, you were born with a heart that learned how to come apart,” builds on the idea that the heart and emotions are a muscle, they must be exercised to become stronger.  With the brass section running the show, the percussion in the song is subtle, solid and holds it all together.  Staging up the brass is Pagliari’s vocals and the electric guitar pieces. Pagliari’s mid-range vocal register adds warmth and comfort to the otherwise bright and twangy sounds piping from the brass and electric guitar.

With the company of chaos, Pagliari had to consider how to find the time to outlet his inspirations for Midway.   Pagliari often wrote in the twilight hours after everyone was tucked away in bed – it was just him, an acoustic guitar and his dog.

“Usually it’s when I have some alone time, when it’s just me and the dog, but I don’t have any real routine,” Pagliari said.  “Some of these songs took me six months to write and some are songs I took out of the vault. Most of the time for me it’s writing it, letting it sit then coming back to it.  I think more often it’s me on my guitar trying to find a good chord progression and then humming to myself, just to get the idea down. I have hundreds of little voice memos on my phone for the ideas.  Usually it’s the music first and then I’ll start to write the lyrics. The lyrics are always more challenging than the melody.”

Pagliari’s solo songwriting also mirrors his approach in the studio.  Examining the purity of his material, Pagliari opted to hire musicians to record with him instead of recruiting a band to share songwriting and traditional responsibilities with.

A hand and cardinal piece in the studio was Jon Estes.  Jon Estes is Pagliari’s old friend and prior bandmate who produced Midway. Pagliari recalls the fast-paced recording process with Estes in toe.

“The record took us maybe four or five days,” he said.  “We tracked everything live, three days on tracking and two days of mixing.”

Matching the momentum of the project, Pagliari reveals he already has another record under way and has planned a three-city circuit to promote Midway tentatively scheduled to kick off in February.

3
This isn't so much a lyric as it is poetry...
Read more