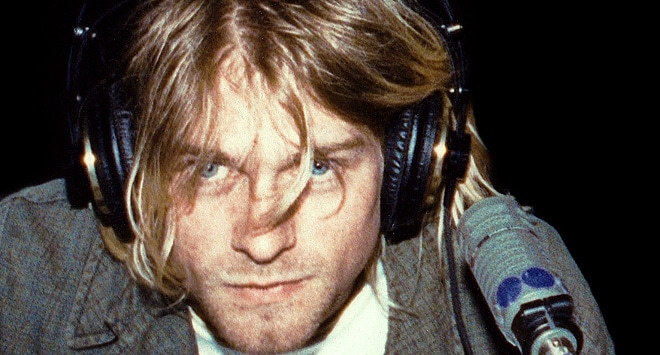 As far as mainstream music goes, it’s increasingly argued that rock music is on its way out. Hip-hop and rap music are dominating the charts more often than guitar-riff based songs typically attributed to rock music. But if you take a look back into the 70s, 80s, 90s — and even certain parts of the early 2000s — you can see when rock music often dominated charts and lead to crossover hits and high acclaim from fans.

The 90s in particular is a significant decade for many rock music fans because it’s when grunge rock came into the scene. According to Britanica, grunge rock was a term used to guitar bands in the late 80s/early 90s who emerged out of Seattle, and who were somewhere in between heavy metal-hard rock and alternative rock. When Nirvana first emerged with their 1991 album Nevermind, they along with Pearl Jam, set the tone for what grunge rock music was, and would be.

Written by bandmates Kurt Cobain, Dave Grohl, and Krist Novoselic, “Smells Like Teen Spirit” became a smash hit in the early 90s and made Nirvana, along with lead singer Cobain, a household name. And there’s a few reasons why their lead single is still making an impact for music lovers and musicians alike.

The name of the song isn’t exactly conventional, but neither were Nirvana. Apparently, Cobain’s girlfriend at the time wore Teen Spirit deodorant, and Kathleen Hana, another musician, wrote “Kurt smells like Teen Spirit” in graffiti on his hotel room wall, according to Dictionary. He had never heard of the deodorant at the time, but decided that it’d be a great fit for Nirvana’s 1991 lead single’s title.

A large part of the allure of the song is the lyrics, or rather the mystery behind them. The chorus lists seemingly random things that don’t necessarily have a connection, like: mulatto, albino, mosquito, and libido. With Cobain on guitar/lead vocals and Dave Grohl, future Foo Fighters frontman, on the drums, the song creates a melody that sounds nothing short of satisfying to the ear. The guitar solo towards the end of the song mimics the melody of the vocals, and ranks as one of the greatest guitar solos ever. Cobain famously used a 1969 Fender Competition Mustang guitar on the track.

Throughout the song, Cobain almost seems to mumble and slur lyrics in his verses, adding to the mystery and ambiguity of the track, which seems to be what the band intended. In a video interview with Much, Cobain said, “I’ve just noticed that people expect more of a thematic angle with our music…They always want to read into it. And before, I was just using pieces of poetry and just garbage.”

One other significant part of the song is Cobain’s third verse where he seemingly discusses drug use and coping. He sings,

“And I forget just why I taste

Oh yeah, I guess it makes me smile

I found it hard, it’s hard to find

These lyrics are frequently attributed to him discussing his relationship with drugs like heroin, which he was known to use regularly. In Heavier than Heaven, a biography of the late singer written by Charles R. Cross, it was revealed that Cobain often did “$400 worth of heroin a day…” But it’s possible that the line could not have a direct meaning and is up to interpretation like a lot of the song.

The YouTube music video for “Smells Like Teen Spirit” has definitely stood up over time. As of today, the video has 988 million views, just short of one billion. Set in a dark and smoky high school auditorium, the music video features Nirvana bandmates, a janitor, cheerleaders and other students. It’s possible that Nirvana wanted the video to be as mysterious as the song, since there are a lot of scenes that aren’t easily interpreted.

Young people are dancing, playing air guitar, and being unconfined as Cobain and his band play and sing on the gym floor. The janitor at one point also lets loose and begins to dance, which could symbolize individuality and non conformance. The last scene in the video shows a man in the background wearing a dunce cap and suspenders while the janitor continues to sweep the floor.
Ultimately, “Smells Like Teen Spirit” set the foundation for Nirvana’s overall success and provided unity for young people who needed an outlet. Nirvana started a movement with this one song, and provided a voice for an angst-filled generation. It still remains one of the most notable rock songs in history, due not only to its lyrics, music video, guitar riffs, and drums, but to the influence it brought. Perhaps their producer Butch Vig said it best when he told The Daily Beast in a 2017 interview, “It was a zeitgeist moment, you know? It turned people’s heads. Those records don’t come along very often.”

0
Legendary singer-songwriter James Taylor is set to release his new album, American Standard on February 28, and will also be the cover story for the March issue of American...
Read more
Best New Music