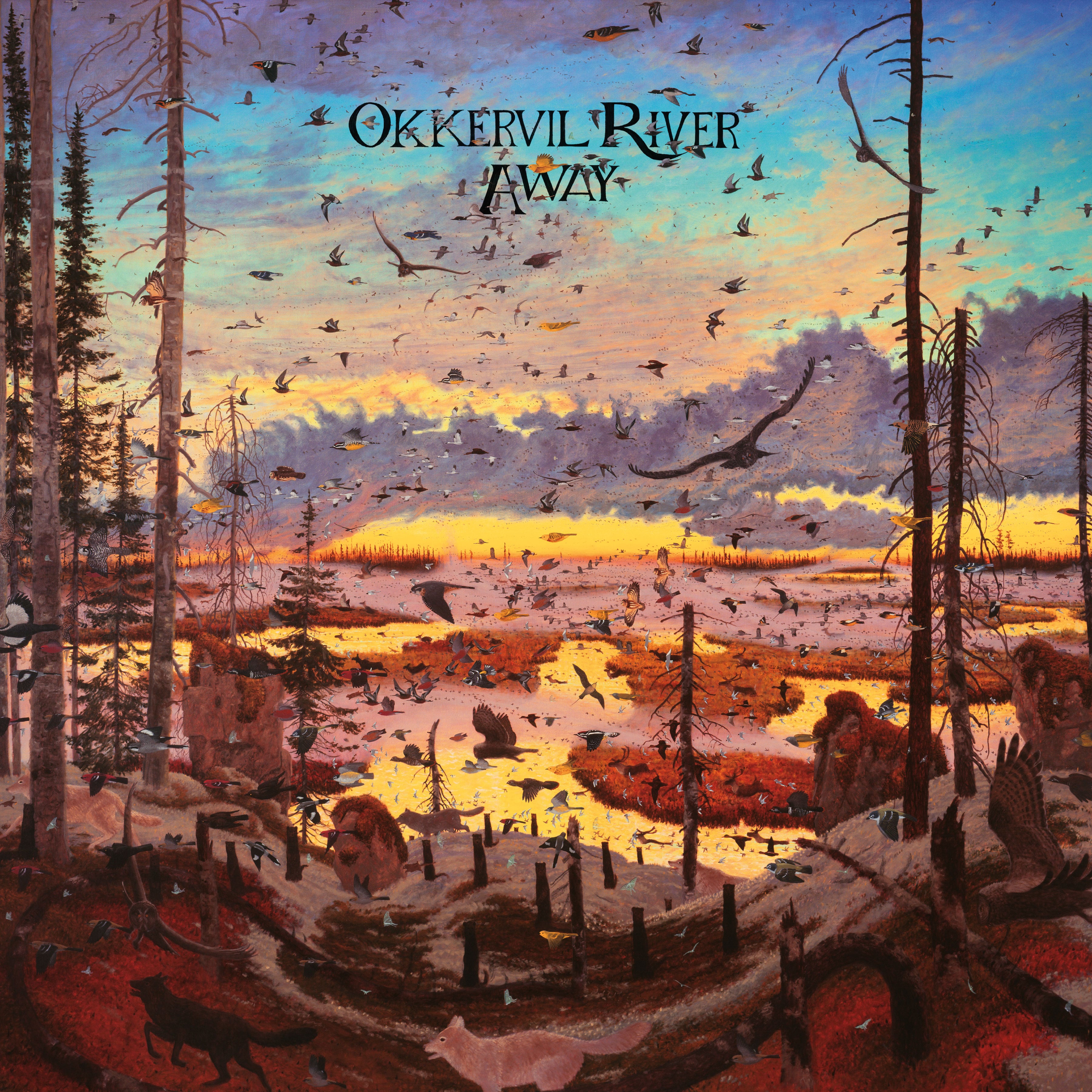 Okkervil River
Away
(ATO)
Rating: 4 out of 5 stars

Okkervil River’s eighth album, Away, begins with an elegy. In fact, it’s likely that more than a few listeners will find the opening track’s title, “Okkervil River R.I.P.,” a bit jarring. And in a sense, singer-songwriter Will Sheff is saying goodbye to a part of his life that’s over. “They had some great songs/ Must have been a great time so long ago.” It’s nostalgic, mournful, hopeful and defeated all at once, a saga unto itself.

If Away begins with a death, however, the album that unfolds is about rebirth. Sheff revealed in an NPR interview that the circumstances surrounding the album were fraught with endings: Band members leaving, familiar faces in the industry disappearing and watching his grandfather die. Coming out the other end, Sheff sounds less angst-ridden and frayed than he has on past albums. His singing is softer and sweeter, the instrumentation more subdued and spacious. An immediate comparison that comes to mind is Van Morrison’s Astral Weeks, though by no means as expressive or adventurous. Away is, however, one of Okkervil River’s prettiest records to date.

One of the things Sheff said about the record early on was that he was no longer as interested in writing rock songs, and on Away, very few of them are to be found on the tracklist. The closest is probably “The Industry,” a folky mid-tempo number that feels lighthearted despite Sheff’s own reflections on the Kafka-like labyrinth of the music business: “I thought that it was us against the world/ But now it’s me against something so big and abstract that I can’t tell what it is.”

By closer “Days Spent Floating (In the halfbetween)”, Sheff & Co. have filled the canvas with so much color that the album has seemingly done a 180 from its elegaic opening. This isn’t an album about death — it’s about finding new life.