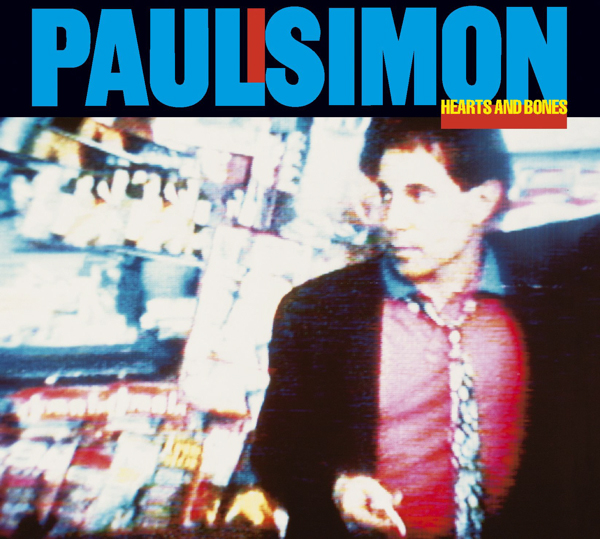 When you think about Paul Simon albums from the ’80s, it’s only natural that Graceland should come to mind. The large shadow cast by that lauded landmark of an album has somewhat obscured the subtler charms to be found on 1983’s Hearts And Bones, perhaps the most underrated release of Simon’s fantastic career.

Listening to the title track from that album, it’s easy to hear how Simon’s mature and honest ruminations on the “arc of a love affair” might have been overlooked in the flash-and-dash MTV era. Inspired by his relationship with Princess Leia herself, Carrie Fisher, “Hearts And Bones” is about how two people reconcile their expectations of an ideal love with the imperfections that life inevitably produces.

The breezy musical accompaniment, little more than hand percussion and rhythmic acoustic guitar, is classic Simon, light-footed enough that the listener is unprepared for the heavy stuff that the lyrics deliver. Everything seems idyllic at first, with Simon beginning his tale of “One and one-half wandering Jews” on a romantic getaway in New Mexico. This is the peak of the arc, with the only hints of discord in the first few verses coming in Paul’s description of “Love like lightning shaking till it moans.”

Simon has spoken in interviews about how he was trying on the album to meld ornate and evocative language with conversational passages in a seamless manner. “What I was trying to learn to do was to be able to write vernacular speech and then intersperse it with enriched language, and then go back to vernacular,” he told SongTalk in 1991.

In this song, he uses the bridge to strip away all of the flowery observations about rainbows and mountains and reveal two people desperately trying to connect. She asks, “Why won’t you love for who I am/Where I am?” He replies, “’Cause that’s not the way the world is baby/This is how I love you, baby.”

The illusion shattered, the pair “return to their natural coasts” to “speculate on who has been damaged the most.” Sadly, the “arc of a love affair” is now “waiting to be restored.” Yet Simon’s closing lines illustrate how two people in love remain intertwined even after their separation: “You take two bodies and you twirl them into one/Their hearts and their bones/And they won’t come undone.”

The ironic thing about the song is that it was written before Simon and Fisher were married and divorced, almost as though the songwriter could anticipate their travails but was helpless to avoid them. “Hearts And Bones” is truthful enough to tell us what we might not want to hear about love, even as it acknowledges that we’re bound to fall anyway.

And whoa whoa, whoa
She said, “Why?
Why don’t we drive through the night?
We’ll wake up down in
Mexico”
Oh, I
I don’t know nothin’ about, nothin’ no
Mexico
“And tell me why
Why won’t you love me
For who I am
Where I am?”