Pearl Jam’s Mike McCready has taken his beloved, beat-up vintage Fender Stratocaster across the world countless times, using it on over 800 shows and every record since the band’s second release, 1993’s Vs. But when he was approached last year by Fender for a limited-edition Custom Shop exact replica of the guitar (officially released today), he received quite the surprise. The guitar’s backstory was quite different than he had originally believed when he purchased the instrument.

McCready’s bucket list instrument had always been a 1959 Fender Stratocaster. “I love old beat-up guitars… the scratches and belt buckle marks,” he told us in a recent interview to commemorate the Custom Shop launch.

After the success Pearl Jam had with their debut record Ten, which celebrates its 30th anniversary this year, he rewarded himself, laying down close to $7000 for a “1959” Fender Stratocaster, for “getting to be on a major band when I wasn’t looking for it.”

At some point early on after purchasing the guitar, George Webb, the band’s tech/equipment manager, found out the guitar was in fact, not a 1959, but a 1960 model. Knowing how much McCready wanted a ’59 and the joy he had taken in spending his hard-earned money on a vintage guitar, Webb and the team kept it a secret for years.

“It was kept from me by our crew because they know how much I love ’59 Strats and talk about them ad nauseum.” His obsession with that vintage year even led him to get a tattoo of “‘59” on his wrist. “It’s an iconic number to me.”

“When I found out it was a ’60, it was like the universe playing this huge trick on me! But, of course, I still love the guitar. It was quite a surprise.”

McCready’s love of guitarist Stevie Ray Vaughan, who he had seen perform live four times before the blues great passed away in a tragic plane crash in 1990, also plays a big part in his love of Stratocasters and that vintage year. Seeing Vaughan perform at The Gorge Amphitheatre, an outdoor venue near Seattle, changed McCready’s life. “He was unbelievable. He made me understand Hendrix just a little bit more.”

McCready and his Pearl Jam band mates had struggled for over a year since Ten was first released, touring in a van and slowly building a fan base. The Lollapalooza tour the following year and continuous MTV airplay finally propelled the band to stardom.

“I had been playing in bands since I was 12- first Warrior and then Shadow.” He had essentially resigned himself to not being able to make it with an original band, taking on a day job.

“I got a call from out of the blue from Stone (Gossard) and we worked on songs in his parent’s attic with Stone and Jeff (Ament), and then we found Ed (Vedder)… there was an immediacy to what we were doing.”

“I was excited to get on the road and quit my day job where I was a line cook. We got in a van and started touring. We didn’t have a real name yet. We were Mookie Blaylock and then became Pearl Jam. Then we luckily got on the Red Hot Chili Peppers tour and that was my first taste of wow, we’re playing big places with them and the Smashing Pumpkins, who were both great to us. We had a 25-minute set. My mindset was that we were a great band and I wanted us to kill it.”

“Then we got on Lollapalooza and halfway through that tour, it exploded! We were second on the bill. That’s when I saw the craziness, with record sales and money coming in. I wanted to buy a nice vintage guitar because there was no way I would have been able to do that before then. I’ve never regretted it.”

The Rock and Roll Hall of Famer doesn’t know who originally owned his prized possession and doesn’t remember where he purchased it. “It was either at Danny’s Music in the Seattle area or Guitar Center. Let’s just say the early ‘90s were a blur. But I would love to know its’ history.”

“My favorite feature is the playability of the neck. It’s so worn in and easy to play. It’s got the best neck and fretboard of any of my guitars. I also love how light it is. I actually picked up the prototype thinking it was the original a couple of times which shows me how meticulous and caring Master Builder Vincent Van Trigt and the whole Fender team has been throughout this process.”

McCready has worked with Fender over the years, but admittedly, was a little surprised when he was asked to have his beloved guitar turned into a limited-edition Custom Shop model.

“It never seemed like a reality to have that option. I used to have a deal with Fender. They sent me tons of guitars back in the day and I smashed them all. It wasn’t out of a vicious thing. It was more in the spirit of rock and roll and whatever I was doing. I was into the Who and Hendrix and it made for great shows. You get into it and can’t control it. I wish I didn’t do it all but it’s part of my story and I can’t change that. I’m surprised they’re still talking to me!”

There also a certain pride in having his name on a Custom Shop guitar. “As a young guitar playing growing up in Seattle, that’s the highest compliment. For a young guy at 22 who had given up on making it with music right before that, it’s really special. It’s a dream come true. I’m very honored. They’ve done a great job.”

“What warms my soul is when I see young kids who play our songs, or Soundgarden or Mudhoney songs. That’s the thing that makes me realize that maybe this made a difference. This makes them inspired to do their own thing. If that can happen that’s the highest compliment.” 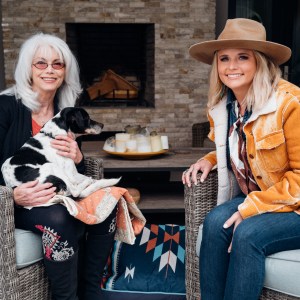 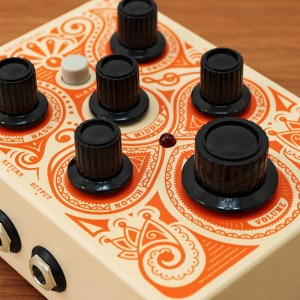