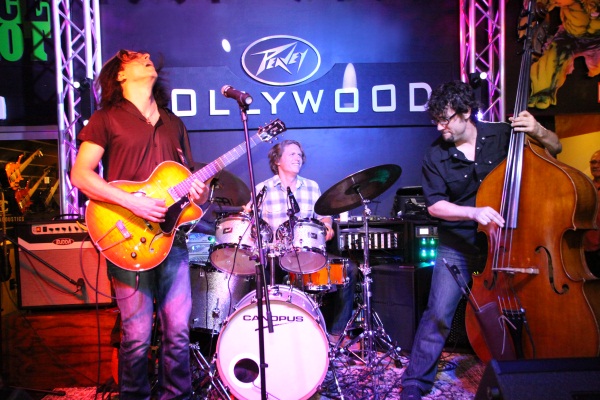 With a blaring trumpet and searing guitar licks, Peavey celebrated the grand opening of Peavey Hollywood, a showroom for the innovative musical instrument manufacturer and its family of brands in the heart of what has become known as Guitar Row.

Like any good Hollywood premier, the September 1 event kicked off with a party. With the Peavey Hollywood’s rear parking lot converted into a backyard barbeque, the Jack Daniels (which is also a line of guitars and accessories produced by Peavey) flowed like wine as the aptly-named band Metelachi played quasi-mariachi versions of familiar hard rock hits.

Inside the showroom on the small but functional stage the Alex Skolnick trio wowed listeners with their precision jazz fusion as musicians, actors and other invitees mingled and migrated between the two hot spots and replenished their drinks.

But for as much star power that roamed the venue, no one garnered more interest than the company’s founder and CEO, Hartley Peavey. Though a formidable presence, Mr. Peavey was personable and accessible, freely posing for photographs and signing autographs. He was also open to questions about the showroom, informed the media of the development of different instruments and amplifiers, and told anecdotes about his nearly five decades of manufacturing musical products.

It might seem odd to some that Peavey would choose to open their showroom across the street from a couple of the world’s largest music retail chain stores, both of which are Peavey dealers.  But, Mr. Peavey explained that the facility has a multitude of functions; one of which is a multi-media dealer education center.  Peavey Hollywood is not a retail outlet per se, though they do sell Peavey merchandise (i.e. straps and picks). The showroom will also serve as a west coast artist relations center.

Mr. Peavey related to how the salesmen of local stores may only be aware of the company’s amplifier and PA manufacturing.  He continued on explaining about the depth of the Peavey line, and the other companies that fall under the Peavey umbrella including Crest Audio, Budda Amplification, Trace Elliot, Composite Acoustics, Architectural Acoustics and MediaMatrix, each which are represented in the showroom. With the store’s central location, Mr. Peavey went on to describe how they can offer retailers a way to inform their sales staff of the finer intricacies of the Peavey product line as well as the various products the company has to offer. 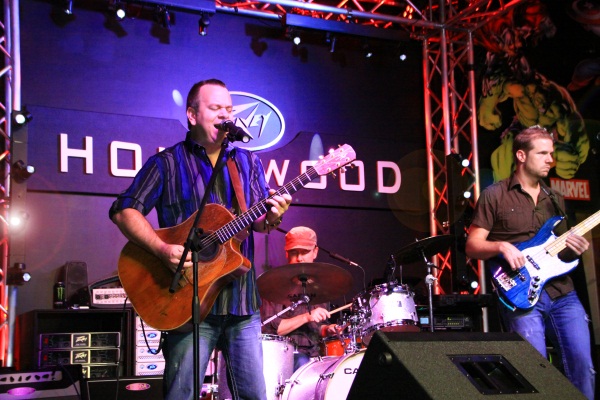 As if to exemplify the point, Peavey Hollywood certainly doesn’t look like a retail store, but rather a themed Hollywood boutique.  Though there are a couple of racks of merchandise on the floor, the showroom has more of a backstage ambiance to it.  Portions are curtained off and spotlights highlight selections of gear which is separated by brand and function. Guitar amplifier heads are stacked amid a pair of stack cabinets allowing them to be A/B’d instantly against each other; combo amps are arranged by style and product line; overhead, different PA cabs are suspended with the selected operating pair being spotlighted … when switching cabinets the spotlight changes to the newly featured ones; various Peavey electric guitars hang off the wall and sit in stands on the showroom floor …

The new Composite Acoustics line of innovative graphite acoustic guitars along with Trace Acoustic amplifiers, and the Peavey bass guitar and Trace Elliot amplifiers are housed in a room set off of the showroom floor where they can be auditioned away from the hustle and bustle of the showroom stage, floor traffic and the louder rock and roll gear.

As the night winds down, blurry-eyed attendees begin to file off … but this is just the first night of a week long celebration that runs throughout the week.  One of the more anticipated events is Marvel Comics Day featuring the legendary Stan Lee, and featured guests are promised to be found playing on the showroom stage in the future. 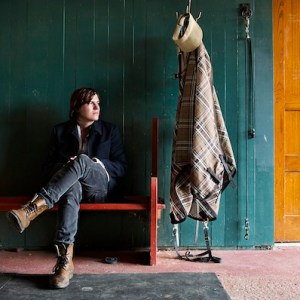 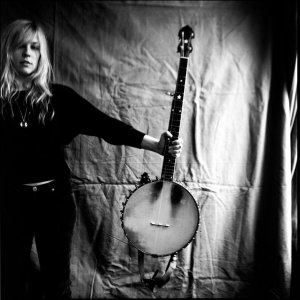