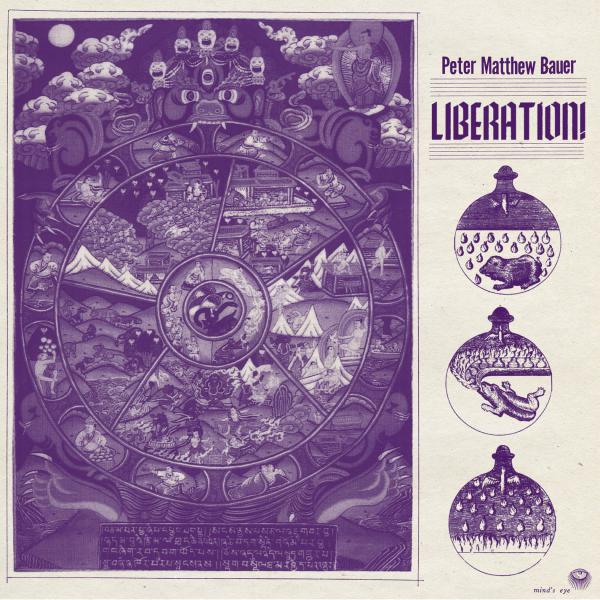 Comparing The Walkmen’s 2013 breakup to that of The Beatles is a bit of a stretch, except in one important respect: 13 years of dedication to the New York group’s expansive post-punk-pop sound led several of its members to build a stockpile of material reflecting his individual artistic growth, without leaving him time to fully develop and promote a side project. Now, the floodgates are open: Peter Matthew Bauer‘s Liberation! is the third solo project from a former Walkman this year, following Hamilton Leithauser’s lush Black Hours and Walker Martin’s kid-friendly We’re All Young Together.

Liberation! is a loose collection of vignettes outlining Bauer’s coming of age, beginning long before he joined The Walkmen. As a teenager, Bauer spent several summers in an ashram (loosely defined, a Hindu worship center and communal living space) in upstate New York; that’s the genesis of the opening track, “I Was Born in An Ashram.” Whether or not his body was body was brought into the world in an ashram, his adult consciousness was born there. Over time, Bauer reached similar conclusions to those The Beatles found during their 1968 stint in the Maharishi Mahesh Yogi’s ashram in India: real enlightenment has to come from within, and blind adherence to any system of belief – whether based on crass materialism or religious piety – will keep you from finding it.

Bauer’s discoveries and observations come in a diverse array of shapes, from the cool soul grooves of “Shiva the Destroyer,” to the kaleidoscopic folk ecstasy of “Liberation,” a production that will feel very familiar to fans of Panda Bear’s Person Pitch, to the shout-along anthem “Scientology Airport Conversations.” There are traces of The Walkmen’s sound throughout, as well as passages influenced by traditional Indian music, but the predominant flavor is of a rock band peeling off its varnish to find the solid wood frame underneath, and of an artist’s jubilation at discovering his identity. Bauer has been sitting on these feelings for over a decade, but he chose a great way to share them.