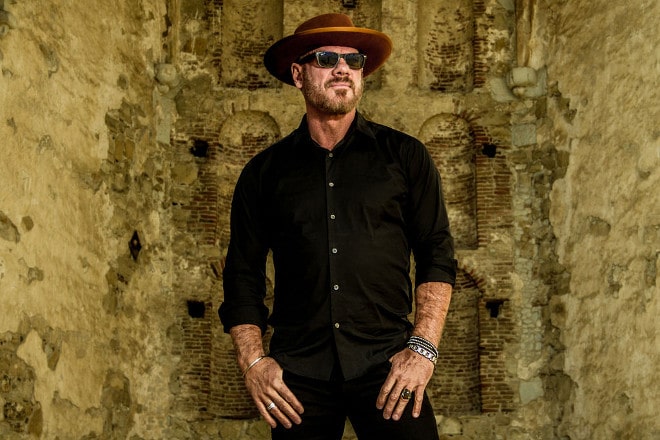 Phil Vassar has made quite a career for himself over the last two decades. A span that boasts 10 singles to hit No. 1 as well as another 26 to move into the Top 40 with artists like Collin Raye, Alan Jackson, and Tim McGraw. He’s also received the honor of being named ASCAP’s Songwriter of the Year two years running.

His newest track “Where The End Starts” is the first single off his newest album Stripped Down, featuring hits Vassar has written for other artists, but has now recorded himself for the first time.

For Vassar, the new project is very personal, not only because it covers so many songs he’s written throughout this career for others, but also because he’s been able to share in his lifelong love of songwriting with his daughter Haley by writing new single “Where The End Starts” with her.

He told American Songwriter, “It was interesting to get to write this with my daughter. You know your kids their entire life and I’ve been able to see her grow up and you know go off to school and now I’m seeing my daughter become this amazing songwriter. I started writing with her and realized just how smart she is and how much she’s learned and retained being around the music business her whole life. It’s so exciting and exhilarating to write with someone you care so much about. I love writing with her. “

Because the new album is composed of songs he wrote that became hits for other artists, Vassar also expressed his excitement at having the opportunity to breathe new life into these tracks again after so many years.

“For me I have always been a fan of songwriters and I’ve always loved hearing the songwriter do the song to see the original interpretation. It takes great singers to record your song and make it a hit, and a lot of these great singers are also great interpreters of songs, but there is nothing like the writer sing it.”

Vassar also has also launched a new television series called Songs From The Cellar. The series takes place in the wine cellar of Vassar’s home. Completed in 2015, the piano room quickly became Vassar’s favorite place to write songs, hang out, and collaborate with friends.

About the series, Vassar tells us, “You can expect to see a lot of amazing songwriters on Songs from the Cellar. That is what the show is all about because that is what inspires me. I have guests on there that I have idolized and been fans of for many years. Songwriting is something the guests and I have in common, the love of writing and that reverence for a song.”

Songs From The Cellar will air Thursdays at 9 pm EST on Circle Network, and this month Vassar will embark on a tour to support his Stripped Down record, available Friday January 17th.