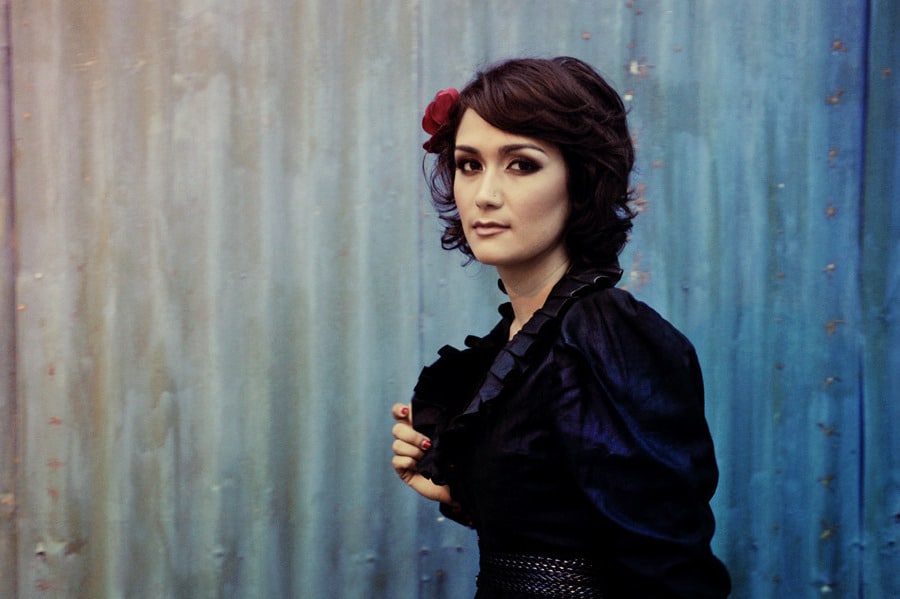 Phoebe Hunt is a Brooklyn-based singer, songwriter and instrumentalist. As part of our guest blog series, Hunt contributes an essay in which she argues that the life of a professional independent musician is akin to a “Peter Pan” existence, one that affords immense personal freedom but also carries a civic responsibility.

Like “Peter Pan”, I regularly wake up in the morning and pinch myself, realizing that somehow I have managed to create a career where I never have to grow up. More than a career – it’s a Peter Pan lifestyle. Yes, I work on my career — very hard in fact over the past two decades of performing and writing music — but since that ‘work’ revolves around expressing myself, writing and creating art and witnessing society – it feels just as natural as breathing. There is a child-like nature of daily discovery to the whole thing.

“It is not in doing what you like, but in liking what you do that is the secret of happiness.” — Peter Pan

Currently I am living with my very talented and loving husband, Dominick Leslie, in Bed-Stuy, Brooklyn. Our house is always full of kindred spirit musicians who could be seen as the lost boys. The general flow of the household is determined by the various creations of music, art and expression. At least once a day there is some sort of creative work in motion, including: writing a song, making a music video, preparing for a recording session; producing and editing a recording project, or just rehearsing and jamming.

I wake up ready to start my day — at a time dependent upon when the previous day ended. Most days I practice yoga and/or sit in meditation for a bit of peace and quiet time. I check my phone for messages or emails, and send replies. I drink a cup of tea and then it’s off to the races. There may be a gig to play, or a meeting with one of my friends to co-write a song or talk about the state of the world. Some days I will work on a new tune or listen to an album for inspiration. Other days I’ll go teach a music lesson or catch a show somewhere in the playground that is NYC. Every day I eat healthy and nourishing foods. See? Peter Pan.

But I am also a grown-up. In addition to performing, composing, rehearsing and recording music, I run a business, help pay the bills, do the laundry, cook and clean around the house, and do whatever is necessary to actively participate in society. Yet I feel like I am living in a slightly altered reality from working-class people who travel to a regular job every day. The artistic reality I have created for myself is one that more and more folks of my generation are embracing these days. We have become the self-employed creative class who are waking up to the fact that we do actually have a choice in the way in which we spend our lives. We have somehow avoided the “hook” of the corporate world. There is always that ticking clock that may creep up like a crocodile, reminding us all of our immortality. Still, there is a resounding truth that to enjoy life and spend time in the flow of creation is more important than the state of one’s bank account or social status. It is a risk to jump off that cliff of false security and trust in one’s self, but the rewards are grand … You might just learn how to fly.

This freedom, I believe, also comes with a responsibility to use the art created from the time of reflection to say something meaningful. My favorite artists throughout history are those who made their art a reflection of their time. J.M. Barrie, author of Peter Pan, makes a social commentary of his time throughout his famous play. When he articulates how Peter and his tribe of lost boys saved the Indian Chief Tiger Lily, from the grip of Captain Hook, an important portrayal of the native peoples was illustrated. It was the early 1900s, the days when Western entertainment, including Buffalo Bill’s Wild West Show, glorified one of the largest genocides ever committed. It was common in that time for westerners to just accept the native peoples of the land as something to be feared, fought or slaughtered. In Barrie’s world, the lost boys were the Indians, living in Never, Never Land, outside the grips of high society and its standards of acceptance.

Today, in witnessing the vast support of Indigenous peoples of South Dakota exemplified through recent protests of pipeline constructions, we are beginning to see a different side of this picture. There is a large portion of America, and of the Western World, actively willing to reconcile the history of genocide and oppression committed by our ancestors. Hundreds of thousands of Americans are standing with the native peoples in solidarity.

“All of this has happened before, and it will all happen again.” — Peter Pan

The argument that we all need clean water to live a healthy life is simply undeniable. Willie Nelson, the greatest archetype of the Peter-Pan lifestyle, talks about it in The Tao of Willie: A Guide to the Happiness in Your Heart:

“Life and water are inseparable. Three quarters of the earth’s surface is covered by water, just as three quarters of your body is made up of water. Even in the driest desert where rain may come just once every few years, the cycles of life are based on waiting for the arrival of water.”

Similarly, people are waking up to the reality that the western mindset has had a long history of oppression of Native Americans in exchange for ownership of land, resources, and political power. I believe there is a shift in this paradigm occurring. People are embarking on a different way of being – one that challenges the existing state of affairs, which has been so long implanted in our brains.

In my vision of Never Never Land here in Brooklyn, surrounded by the lost boys (and girls), writing music and creating art, I definitely believe that this shift is possible. In our everyday world the very status quo of the dominant male is as strong as it has ever been, illuminating the lengths that people will go to for ownership, domination and power. It is our responsibility to believe in a world in which it is not too late to change. We all must embrace these changes. This is the calling of our time. Just as Tinkerbelle’s light could only be saved by the power of belief.

“The moment you doubt whether you can fly, you cease for ever to be able to do it.” — Peter Pan

In my effort to create authentic art as a reflection of my time, I offer “Marching On,” a video co-created and produced with Julia Zech, a woman just as Peter Pan-like as I am. She is a lovely and gifted German artist who plays American Old Time banjo, writes wonderful, poignant songs and currently lives in Paris. Embracing the magic and creativity of our Peter Pan lifestyles, I hosted her stay in Brooklyn for a week this past April, wherein we each learned one of each other’s songs. The synchronicity of life offered us the opportunity to record a Direct-to-Vinyl session with Aaron Zimmer of Leesta Vall Records in Brooklyn.

It has always been and will continue to be the voice of the people coming together that incites change. At 84, Willie Nelson, the grandfather of our ‘Peter Pan’ culture is still out playing shows, bringing people together, speaking out for what he believes in and tapping into the fountain of youth that creativity cultivates. Like Willie Nelson, I’ll stick with it too. As Peter Pan says: “Dreams do come true, if only we wish hard enough. You can have anything in life if you sacrifice everything else for it.”

Side A Video: Marching On

Side B Video: Battleground

Videos for “Marching On” and “Battleground” shot and edited by Brian Hose.

0
"As long as you don't stop, you're unstoppable." Being a songwriter in the world is...
Read more
Songwriter U

0
When we’re “in the zone,” we can do no wrong. The zone is a state of relaxed, yet intensely focused attention in...
Read more