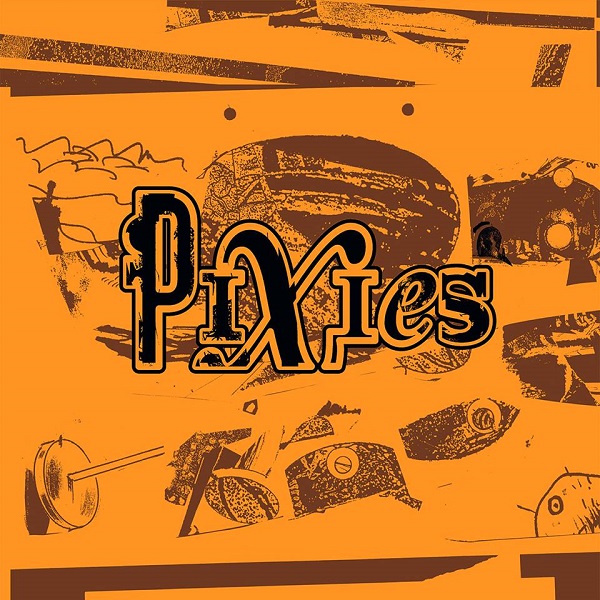 In 2010, after spending a half-decade collecting overdue checks on an extended series of Pixies reunion tours, Black Francis laid all his cards on the table in a surprisingly candid interview with The Quietus: “This ain’t about the art anymore. I did the arty farty part. Now let’s talk about the money.”

By that point, the dollar signs in the Pixies’ eyes shouldn’t have been that much of a surprise. Outside of one throwaway song — “Bam Thwok” — the band showed little to no interest in writing any new music, and were playing to audiences ten times the size of those that heard their manic indie pop songs the first time around. Everything seemed to be in a state of equilibrium, and as nice as the idea of some new Pixies material might have been, being able to see them live again was reward enough.

Then they released “Bagboy,” and all that goodwill seemed in jeopardy of entirely crumbling. Just a month before the song surfaced, the band already appeared to be on shaky ground; bassist Kim Deal had already left the band, thus leaving a fairly significant void. And after that release of “Bagboy” — a mish-mash of dated electronic beats, muttered sing-speak from Black Francis and outright baffling chants of “Cover Your Breath! Cover Your Teeth!” — it appeared that void also sucked out their good judgment.

That “Bagboy” appears on Indie Cindy — The Pixies’ first new album in 23 years — is a bad omen. Easily the worst song the band ever released, it’s the sound of a band that’s either out of ideas or has trouble discerning between the good ones and the terrible ones. Even at their messiest or least coherent, The Pixies contained an element of danger or excitement that made each song an absolute thrill to listen to. They would interrupt a surf rock ballad with a menacing scream, or pack an impenetrable noise-rock song with clever interpretations of Bible verses, or even make UFO conspiracies seem like romantic flights of fancy worth chasing. But that band broke up in 1992.

On Indie Cindy, there’s not a lot of danger, or passion — or excitement for that matter. Certainly, there’s an element of the legendary band that once more or less created the template for modern alternative rock. The first three songs, “What Goes Boom,” “Greens and Blues” and the title track all show flickers of inspiration and, when at their best, warrant a repeat spin or two. But things go downhill pretty quickly from there. Using the dreamy surf aesthetic of 1990’s Bossanova as their guide, the band sounds not so much like the actual Pixies as one attempting to make a carbon copy of their style.

On tracks like the grungy “Magdalena 318,” they create a convincing enough facsimile — even one that’s pretty decent, all things being equal. But things very quickly descend into tepid, middle-of-the-road alt-rock by numbers, except for when the album takes a southward turn into schlock rock (“Blue Eyed Hexe”) or rhyming-for-beginners throwaways (“Another Toe in the Ocean”). And while the majority of the album isn’t entirely awful (though about a third of it definitely is), the whole of it is something arguably worse: It’s unnecessary. This neither adds to nor enhances the Pixies legacy, and it’s hard to comprehend Indie Cindy being embraced by fans who swooned over Surfer Rosa or Doolittle the first time around. The Pixies would have been better off if they just took the money and ran.