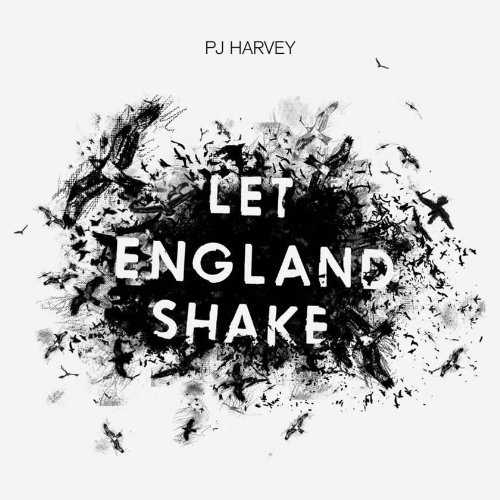 Since PJ Harvey is a veteran artist who, in her 20-year career, has yet to either make a bad record or repeat herself, to call her latest, Let England Shake, one of her strongest efforts to date is a bold statement, but it’s true — this a brilliant record by an artist impervious to aging. This, her tenth full-length, and first as an “indie” artist, is a conflicted commentary on her native nation’s complicated, war-torn history and lordly jingoism.

As such, lyrical themes chart a range territories from dire to hopeless — touching on themes of death, unrest, murder, death, fanaticism, war, murder, oppression, death and even murder. Yet, England is far from a downer, as its urgent text is accentuated by free-floating, ethereal production and arrangement — courtesy of long-time collaborative musical confidants Mick Harvey, John Parish and producer Flood — that, by album’s end, overwhelms the listener with a sense of resolution and beauty. In fact, the record’s astral atmosphere is so sonically soothing, it truly makes it a challenge to take it off the decks and disrupt its pleasures.

And just as England is able to bring to your brain visions of bloodshed and ruin without inspiring a razor-blade-in-hand dip in a warm bath, its orchestrally dense production — an expansive array of interwoven, hollow-bodied guitars, horns, samples, synths, beats, groves, calls and responses — is able to penetrate the ear-canals without ever feeling cluttered or confusing as its soundscape plays Greek chorus to Harvey as she effortlessly emotes at the top of her register.

From the ominous opening title-track, into the sunny stroll of “The Last Living Rose” — it’s folk-pop followup — through bittersweet ballads like “All and Everyone” and “England,” to an uplifting anti-hymn like “Hanging in the Wire” that’s enough to raise the hundreds-year-old buried bones of Red Coats, to the two-and-a-half minute requiem, “The Colour of the Earth,” a duet with Parish that closes the record, it’s clear that Harvey’s artistic vision and ability to make a statement and stick with it are as clear and fresh as they were on Rid Of Me — even though this record sounds nothing like that 1993 alt. rock classic. A stunning listen.