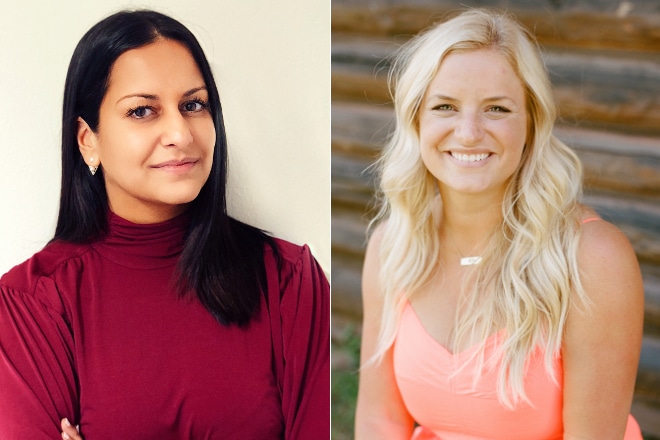 Entering a new decade, its second, Prescription Songs looks to build off the massive success it has seen so far.

Songs by Prescription writers consistently top the Billboard Hot 100 chart, and the company has been named ASCAP Indie Publisher of the Year three times, showing its versatility and variance. It finished 2019 on a high note, with six songs in the Top 40 on pop radio. Its year enders included “Memories” from Maroon 5, “Don’t Start Now” by Dua Lipa, and “What Am I” off of the latest from Why Don’t We, among others. In 2018, the Dua Lipa massive hit “New Rules,” was co-written by Prescription’s Emily Warren and set longevity records on Billboard’s Pop Songs Radio Airplay chart.

Part and parcel with Prescription Songs success is that it boasts something that has historically been limited to record labels: An A&R (Artists and Repertoire) department, staffed both in Los Angeles and Nashville.

Uniquely, it is headed by two, amazingly talented, female powerhouses. Rhea Pasricha is the Head of A&R West Coast, while Katie Fagan runs the A&R department for Prescription in Nashville, after moving from L.A. to open the office.

Parricha acknowledged that while the company has a group of highly successful writers, she doesn’t rest on her laurels, and is always looking for more talent.

“We do have a good-sized roster,” Pasricha said, “but we don’t let that prevent us from listening for [something great]. I try to listen to everything I can, because you just don’t know. That’s how I’ve been lucky enough to find many of my writers, by listening and seeing who might be out there.”

Fagan said that in their search for talent, she and Pasricha are looking for the same thing in the end: great songs, and the chance to help make success a reality for the people who write and perform them.

She added that both cities have great talent pools to draw from but noted one marked musical dissimilarity between them.

“I think Rhea and I mostly do the same thing [in our positions], actually,” said Fagan. “One big difference between here and L.A. is that, first and foremost, Nashville is a songwriting town, for all genres – country, rock, alternative, pop, whatever. In L.A. it’s a bit different, the emphasis is on the beat, the production, the melody. The production definitely plays a larger role.”

Impossible to ignore is that Prescription Songs was launched in 2009 by Lukasz Gottwald.

To some he is known as multiple-platinum writer-producer “Dr. Luke” to others he is known for a messy legal battle with Kesha, wherein he was accused of sexual assault and emotional abuse in 2014. All charges were either dropped by Kesha or dismissed by the courts. The only case still playing out is a defamation countersuit filed by Gottwald.

The specter of the on-going proceedings lingers, though Paricha said that not only does she and Fagan feel authorized to keep moving the business forward, that the rest of the team does as well.

“Luke is as involved as we or our writers need him to be,” she said. “He has let us steer the reigns on the company and has empowered us to make executive decisions, as well as sign writers that we are passionate about.

“He has also allowed us to hire an incredible team of creatives. It has been cool to see Prescription grow from the last 10 years when Luke started it to a fully-fledged publishing company with a powerhouse team.”

The publishing company has been undeniable in establishing the careers of seemingly half the successful pop acts of the past decade. It is still working with some of the hottest writers, writer/artists and producers in pop, acts like Katy Perry, Lizzo, Miley Cyrus, and many others have seen their stars rise thanks to Prescription’s material.

Perhaps the most inspiring act associated with Prescription and its writers is FRENSHIP, a pop duo whose 2016 single, “Capsize,” has enjoyed over half a billion streams. It was co-written by Prescription’s Emily Warren, who also provides vocals for the song.

Prescription also represents two of only four artists worldwide (Lauv and Kim Petras) to be chosen by Spotify worldwide for the first launch of their global Rise Campaign (Artists to Watch).

One of the company’s biggest successes in Nashville, to date, is writer Lauren LaRue, a co-writer on the Arizona Zervas song “Roxanne.”

From discovery to chart busting, it was a quick run for LaRue. It is the sort of thing that has become, somewhat, the norm.

“Our A&R exec Hannah Montgomery signed Lauren a little over a year-and-a-half ago and she has one of the biggest songs in the world right now with ‘Roxanne,’” Fagan said. “And she also has a single coming out on a country artist.

“So I think she’s a good example of what we’ve been trying to do since we opened the Nashville office, which is to find writers who can co-write and work on things in both worlds.”

Having classics from Rihanna, Kelly Clarkson, Meghan Trainer, Avril Lavigne, Nick Jonas, Charlie Puth, The Chainsmokers, and many others lining its impressive list, there is little doubt that the next ten will be more successful than the previous.

0
My debut album Starlit Afternoon is a journey through the rollercoaster ride of emotions and experiences over the last three years of my...
Read more
Behind The Song

0
Written by Russell Dickerson, Parker Welling, and Casey Brown Do you feel like you’ve hit a creative stride with...
Read more