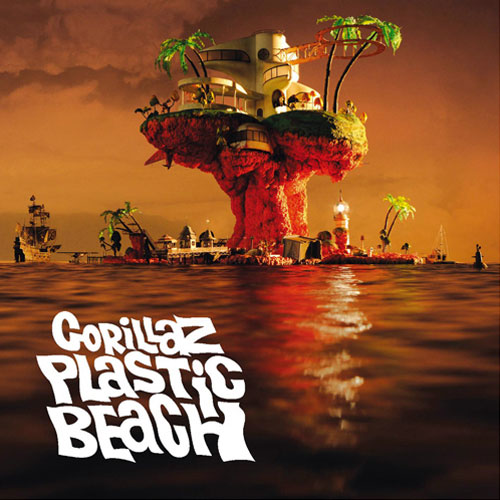 As if you needed any more reasons to visit NPR, here’s three more.

Later in the month, they’ll have new ones from The White Stripes (Under Great White Northern Lights), She & Him (Volume 2), Sigur Ros (Go), and Sharon Jones and The Dap-Kings (I Learned The Hard Way).

As always, you can find complete track listings and album info at NPR Music, which also houses their extensive archives of concerts, interviews and reviews. Happy streaming.

Producer and musician Danger Mouse (a.k.a. Brian Burton) has worked with Gorillaz in the past, is a member of the hit-making duo Gnarls Barkley and now joins forces with The Shins’ vocalist and guitarist, James Mercer, for another powerful combination. Though fans of each other’s musical aesthetics, Broken Bells finds Burton and Mercer consciously moving out of their comfort zones and experimenting with new songwriting styles. All 10 tracks from the band’s self-titled album are available to hear now – only at NPR Music: www.npr.org/templates/story/story.php?storyId=124018401 Broken Bells will also perform as part of NPR Music’s opening night South by Southwest showcase on March 17. Visit www.npr.org/sxsw for more details about the show and NPR Music’s full SXSW coverage.

After almost 50 years together and six Grammys, the members of the traditional Irish group The Chieftains mix things up on their new album by bringing in blues-rock guitarist Ry Cooder. Their collaboration, San Patricio, blends the musical heritage of Ireland and Mexico for a concept album about Irish-Americans who deserted the United States Army to join Mexican forces in the Mexican-American War. As if Cooder weren’t enough, San Patricio also boasts contributions from Linda Ronstadt, Liam Neeson and Los Tigres del Norte. This eclectic mix of history and sound can be heard in its entirety now at NPR Music: http://www.npr.org/templates/story/story.php?storyId=124086957