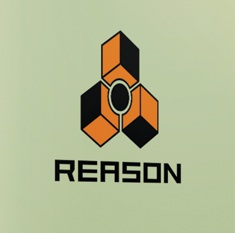 The end of this summer dropped a left-right combo on music makers with Reason 5 and Record 1.5. For those unfamiliar with Reason, it can be explained as audio and MIDI software that looks and works like real hardware. Virtual racks of synthesizers, samplers, drum machines, mixers, and effects can be connected and operated through a hardware-based interface. It allows one to flip around to the back of the rack and patch devices together with cables just like people do in real life. The workflow is fairly straightforward. Reason can be used as a stand-alone program or you can use Rewire to “re-wire” Reason to the Digital Audio Workstation of your choice, such as Pro Tools, Logic, or Cubase. Rewire is simply a software patch that allows Reason to be integrated with these other powerful recording tools. In this in-depth review of Reason and Record, we’ll go through the various features of the programs, but first, take a listen to a few song samples – including the new “American Songwriter Theme Song,” which we’ll be adding to our call waiting very soon. These songs were all created using Reason and heavily feature the program’s many tools. A full view of the Reason Record duo interface.

Record 1.5 is a recording tool extension for Reason 5, possibly eliminating the need for external recording software. Record handles all audio recording and editing duties and it’s best for musicians and songwriters who want a creative software rather than a technically-demanding one. It is a seamless extension of Reason that can handle audio recording, editing, and mixing. It sounds like a DAW, right? It isn’t one, according to Propellerhead, the Swedish company that makes Reason. Part of the argument may be that their software is not compatible with third party plug-ins. It is capable of most things that DAWs offer, yet it accomplishes things in a manner that caters to artists. It is rock-solid in its performance – I have personally never seen it crash. It doesn’t overly tax a computer’s processor, which also allows it to be used on more modest systems. It is an entity unto itself that runs like a well-oiled machine for those who want to create without the hang-ups.

This first upgrade of interest, aside from the new toys packed inside, is the addition of Block recording. The demo video on the Propellerhead website features a kid with letter blocks, which is a good description of how it works. Blocks can be parts of the song that get stacked or lined up to become verses, choruses, bridges, or whatever. The blocks can be also be used to create intros or beds for solos. Switching easily between Block and Song mode makes arranging and writing a breeze.

Another inspiring feature is Live Sampling. This may be the understatement of the year. Basically, almost every device in Reason that has the capability to play a sample now has the function of Live Sampling. To some, it might not sound that exciting right off the bat. It’s actually a pretty big deal. When you select Live Sampling the program brings up an Edit window that sources a mic or line input. Feed it whatever source desirable (heavy breathing, a cat meow, tambourine, etc.) and let the custom sounds come alive, even during playback. It is very easy to size up the recorded samples in the pop-up Edit window and implement them in a recording in very little time. Even clips that have already been recorded can be bounced to a sample. Entirely new instruments can be made using this feature and then tweaking the sound into something different.

Neptune, another feature within the program, is a pitch adjuster and then some. It is a pitch correction tool, a real time pitch transposer and a voice synth. It allows for vocal pitch control in a variety of ways. Vocals or any audio source material can be manipulated to sound loose and natural or firm and robotic. Whether controlling the vocal with a wild arpeggiator or simply keeping someone in tune, Neptune is a serious vocal toolbox that is easy to understand and control. A view of the program’s channel strip.

Record 5’s Mixer is modeled after an SSL 9000K, the famous English-made console. Each channel offers dynamic, equalizer and insert sections, which can be shifted around to accommodate the desired signal flow. The dynamic section offers a compressor, gate, and expander as well as a side chain input. These sections in addition to the eight effects sends can be hidden and shown as needed.

An old friend has emerged from the lab in the form of Dr. Octo Rex, a new Reason upgrade that adds eight times the samples of the original. These Rex files (which consist of a sample sliced up into many parts) can be edited in as many ways as you can get hash browns at Waffle House. It packs in a Slice Edit mode that allows for control of reverse, pan, filter and pitch, level, decay and filter frequency, in every slice of the Rex sample. By simply pushing the buttons on the front panel, the samples can be automatically quantized in the order pushed and can then be switched in and out. This can be done according to the bar, beat, or 16th note. Many of the Rex files are in bundled sets with different variations on the theme for a coherently smooth transition between grooves.

The Kong Drum Designer is not funny. It is a serious sound module that will rip apart your walls. It is made up of 16 trigger pads. These can be grouped to do things like mute or layer sounds. Each pad can be assigned to trigger different modules such as Synth, Rex, Sampler, and physical drum modules. Once the sound module is assigned, there are two effects slots next to it. These effects range from reverb and distortion, to compression and filters. Then there are still the global Buss and Master FX plates. The Buss FX is like an AUX send for each triggered sound, and the Master FX send affects everything running through the master output. This may sound like a lot of options for drum sounds, and it is, but it is very intuitive and extremely easy to use. It also allows for quick fine-tuning as a mix comes together.

I have to mention the help and video tutorial support that Record and Reason comes equipped with. Being able to go to the Help Menu and watch a quick video tutorial explaining exactly what it is you want to do is more helpful than I can explain. A plethora of answers for questions and techniques can be found online, as well as an additional wealth of knowledge from the Propellerhead website. The community and support for these products seems endless.

Reason and Record have grown exponentially more powerful with each upgrade and yet manage to stay uncomplicated and solid.