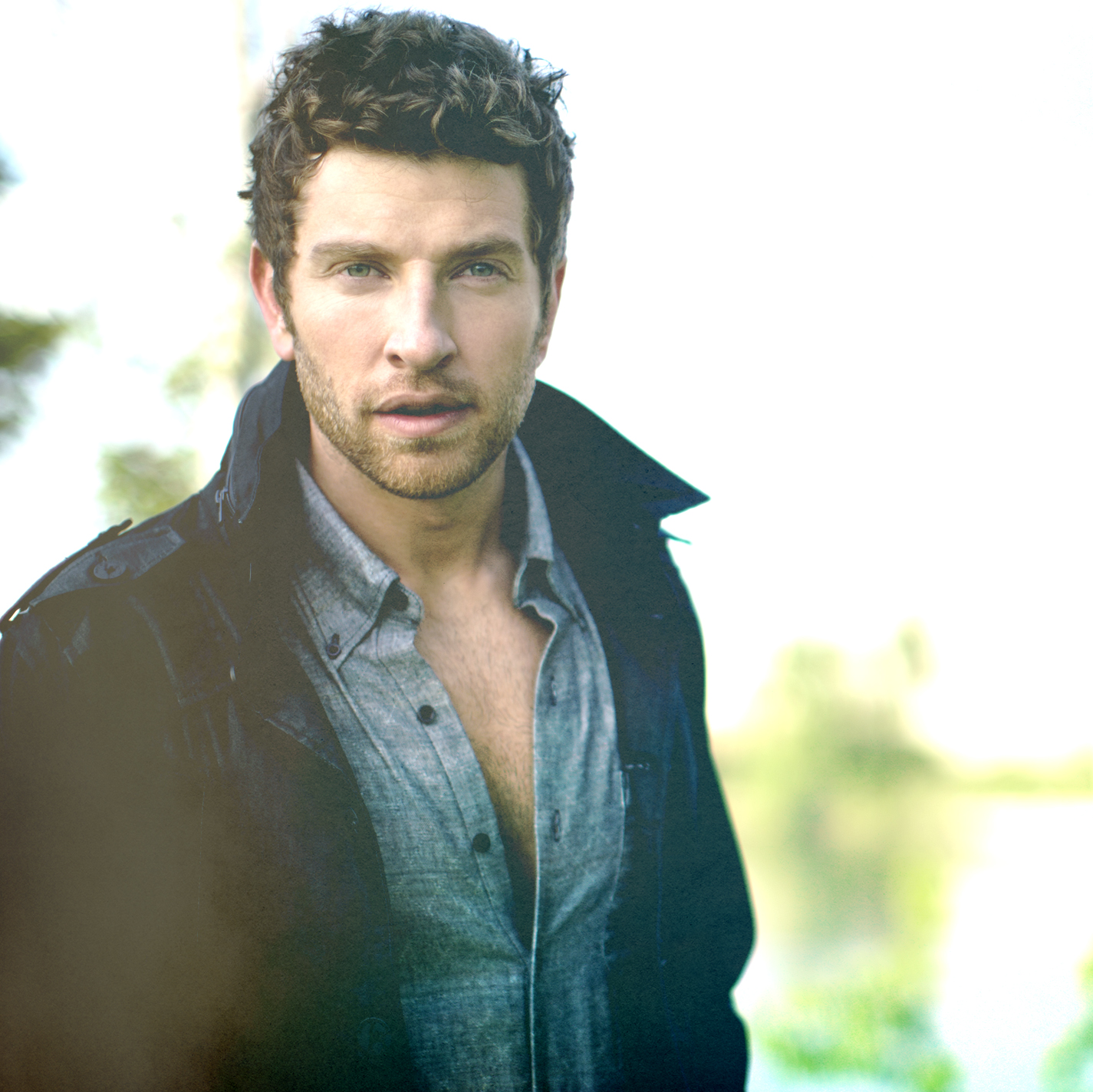 Brett Eldredge On Songwriting, Bring You Back And Touring With Taylor Swift

Brett Eldredge has a lot to brag about. There’s his success as a country songwriter, with credits to songs by Gary Allan and Trace Adkins. He also released three singles, all making impressive debuts on Bilboard’s Hot Country Songs chart, and he recently got back from touring with Taylor Swift. His debut album, Bring You Back, climbed to #2 on the Country Albums chart. We asked the Paris, Illinois native about the new record, his writing process, and more.

Which songs did Taylor Swift fans respond to the most during your stint on the Red Tour?

I would probably say the one they heard the most was “Don’t Ya,” because it’s the single, and that’s the one I always close out with. And there’s a song called “One Mississippi” that I wrote with Tom Douglas, who is one of my favorite songwriters ever. At first we didn’t even have that in there, but it’s always been a favorite amongst my fans, but the only way they were ever able to find it was through YouTube. But then we were like, “we’ve got to add this on. Let’s go out there and just do it.” I’m not scared of singing my heart out. By the end of the tour one of the most talked about songs was “One Mississippi,” and I was so glad. Even little kids were singing “one Mississippi, two Mississippi” and it was a cool feeling. I remember we played that song in a Detroit stadium and Tom Douglas came out in the show and sat there in the crowd. It was a cool feeling to have, thinking about the fact that we wrote this song in a room, just he and I in a studio, and now we’re in a room of 50,000 people who are singing it back. That was one of the most special moments of the tour. It definitely reminds you of why you get up and write a song every day.

What’s your writing routine? How much of your day do you typically spend on being creative?

I never have a certain formula to follow; I think that’s part of me being ADD and focusing on a hundred other things at once. But I just go in a room, sometimes I’ll have an idea of a title, sometimes I just have this melody, sometimes I’ve heard some dude at McDonald’s talking over a cup of coffee about some story—just whatever inspires me at that moment—and I’ll just go with it. I’ve never really had a certain way I like to follow it. I just love writing when I’m inspired. I just love that feeling of connecting with the song whenever it comes to you, and it wants to jump out there on paper and when you take it to the studio. It’s a cool thing.

When it comes to co-writing, what are your strengths and weaknesses? Who are some of your favorite people to write with and why?

I’m a melody guy. I started as a singer, and I feel like I’ve always had melodies pop in my mind, especially when I have a writer there that’s with me, sitting there, like with Tom Douglas. I love writing with Tom Douglas. What I love about him is he’ll sit there and he’ll start playing that piano and start giving me these melodies, and I’ll just start singing them. One thing I’ve learned from the beginning is not being afraid of just singing something, even if it’s doesn’t sound right at first or you don’t know if it’s going to—you’re just singing out. I’ve learned to not be afraid of singing a line or singing a melody out there and just doing it. You know, that’s one of my strengths is being able to do that.

And then phrasing is another thing that’s for me. I approach it from a singer’s aspect. Sinatra is one of my favorite artists ever. I grew up singing Sinatra. I was like a fourteen year-old kid snapping my fingers, wearing all black, and singing Sinatra stuff. But I love that phrasing that he did. I think I learned a lot about songwriting through just the way he sang, and the way the songs were written.

But I’m very unorganized. When it comes to writing it down or typing it, that’s one of my biggest weaknesses. I’m spitting out a hundred different random things at once, and sometimes I completely forget what I just said. I’m not one of those guys that can just sit down writing. I kind of walk around the room, go out in the hall, grab a cup of coffee, or whatever, and try to come back. Barry Dean and Luke Laird wrote on this record, and Barry is one of those writers that is really good at organizing the lyrics. That’s just so cool because then you can stay true to your world and have everything that you just did.

Luke produced a lot of songs on this record, and he’s a groove machine. He feels where I’m going. We’ve put in enough time to where we just have a connection there.

And then another guy named Brad Chrisler whom I wrote “Raymond” and a song called “Waited Too Long” with. He’s just a great melody guy. Personally, I just came from many different worlds of music, from bone country all the way to everything else. And he’s just like a chameleon and I love that. That’s the coolest part of songwriting, is to try to go different places creatively, and then be smart enough to know when you’ve gone too far. I love that we can try to do that.

Tell us a bit about the new album.

I’ve been recording this album forever.  I think that, through having to learn to be patient and also learning to stay creative, I came up with some songs on this record that I would have never come up with if we had settled with just what we had. And I think that’s something I’ve learned a lot about. I really feel like now, looking back on it, I can really say that there are twelve songs on this record that I would never ever change. I am not afraid to unleash it to everybody. I think that that’s the most important thing as an artist, too is just being proud of what you did on your first album, and I’m really grateful for the fact that fans have been really cool about waiting and supporting me throughout the whole creating process.

Tom Douglas freaks me out with his lyrics… in a good way. He paints a masterpiece with incredibly descriptive words and when you watch him do it, it seems as easy as takin’ a sip of water. Listen to “House That Built Me” and tell me that doesn’t transport you straight back to the place where you grew up.

Tony Lane is one of those songwriters that phrases each and every line perfectly for a singer, and you can feel every line to every song that he writes when he sings them.  I love his voice as much as I love his songwriting.

Natalie Hemby’s songwriting/voice is a perfect cocktail of awesomeness that I want to get drunk on every day. There is so much grit to her voice and writing …. that’s what I feed off of!

Bottom line is, I am inspired the most by the writers who sing these wonderful stories they have created.  There is no better way to hear a story told by the person that wrote it!  That’s how I approach my songwriting, as a singer, and that’s why I love these songwriters.