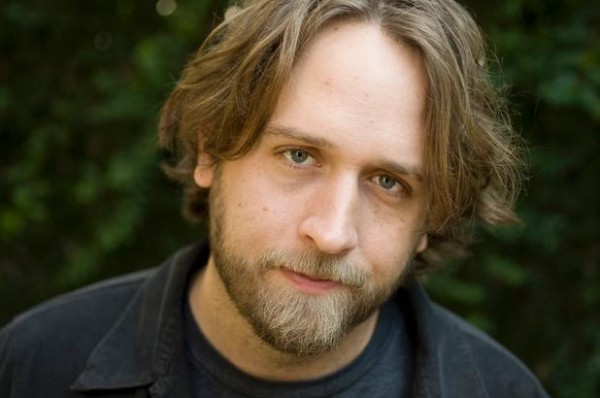 Want to win a co-write with Hayes Carll? Enter out 2012 Lyric Contest.

I was probably 14 or so when I wrote my first one. I was really just scribbling down lines more than writing songs back then. I wasn’t really sure what medium they would come out in, just that it seemed really important at the time.

You wrote American Songwriter’s #1 song of 2011. What was the inspiration for “Another Like You?”

Ann Coulter. Well a culmination of political media personalities I guess… But mostly just the thought of trying to pick up someone like… Ann Coulter.

Anyone that isn’t scared to put themselves out there and be creative. It’s such a great feeling when someone helps you get to a place, or create something, that you never would have on your own.

What’s a lyric on KMAG YOYO you’re really into?

The drunks have turned to strangers
And the stars are out of tune
As I think about the one who might’ve saved me
I know your out there somewhere
‘Tween the highway and the moon
Oh bye bye, bye bye, baby

Do you revise a lot, or write automatically?

My instinct usually leads me to a stream of conscious style. I’m a little more thoughtful if it’s a co-write. If I do it on my own I tend to stop wherever I get tired.

Bob Dylan, Kris Kristofferson, Willie Nelson, and John Prine. Jim Croce, Lyle Lovett, Jimmy Buffet and Kenny Rogers. There were so many but I started with those guys in high school or even younger. They gave me the bug that led to everything else.

I’ve got a song called “Long Way Home” about a good friend of mine named Aaron Wilkinson who died in NYC many years back. I know it touched the people who had a direct relation to Aaron, but it also seemed to reach a lot of folks who had never met him. I guess the sentiment of losing a friend or a loved one is something a lot of people can relate too.

“The Pilgrim no.39” by Kris Kristofferson. Or  “Don’t Think Twice it’s All Right” by Bob Dylan Hard to top those two in my book.

Live life,
Find your own voice,
Stay hungry,
And put in the time.

0
From The Archives: A Conversation from 2000 over Lamb Chops in Denver "Music was what bothered me, what...
Read more
Articles

3
"He influenced my songwriting, of course. He influenced everybody’s songwriting." --Tom Petty TOM PETTY: We hadn’t heard Dylan until “Like A Rolling Stone” came...
Read more