Let’s talk about the V-Class design. How does it differ tonally from standard X-bracing?

With a conventional guitar, you have a tradeoff between making the guitar strong – which equates to building sustain – and making the guitar flexible, which equates to giving the guitar good volume. So, those two physical attributes are like perfect opposites, and a conventional guitar tries to balance those two factors. What this V-Class guitar does is it separates those two factors and makes the guitar physically very strong, builds good sustain, and it’s quite flexible – so you could also build good volume. The guitar is very strong parallel to the strings, and flexible perpendicular to the strings. The V-Class design takes out resonance complex and you end up with a guitar that has good volume, really good projection, and rather long sustain.

And that’s across the whole guitar – strumming or soloing?

Yeah, it opens up the whole guitar register to having those same qualities. For example, if you play an E natural at the ninth fret of the G string, that typically is a very weak note on most guitars: Relatively short sustain, and typically not enough volume. If you play that note on this guitar, that note will last for a ridiculously long time, and have a lot of body and volume to it. It’s the same with every other note over the whole register. It becomes a real interesting switch in the musician’s dynamic range.

That’s funny you should say that about E natural, because it is so true but never actually occurred to me! Is that a “known” thing in guitar building?

I’m not sure; it’s known to me! (laughs) Because that’s part of the guitar’s register I usually struggle with. It’s a real challenge because you have a super high-tension string with a relatively short length, and it’s the part of the guitar fingerboard that just gets swallowed by the rest of its resonances. So there are certain parts that the guitar will do really well and other parts that suffer more in that [conventional guitar] compromise.

Are there other areas on the fretboard that are similar?

With these V-Class guitars, essentially every note over the whole register – from the low E string to the very last B or C natural on the high E string – they’re all really good notes. If you were to play a scale or arpeggio that goes across four or four and a half octaves, you hear a remarkable similarity in every note’s character.

Will this new bracing pattern be used on other Taylor models?

We imagine that it will expand. We’re releasing them now with the Koa series, Presentation series, and the Builder’s Edition guitars. We’re still working on tools to be able to build these designs for our other models. In the future, those guitars will become available.

Will the X-bracing be phased out on those?

Yes, in a lot of instances. This design has such a big future in front of it. It can be adapted to so many different wood pairings, guitar shapes, individual voicing; it has a lot more flexibility for a guitar maker to build distinctly different flavors with musically good characteristics.

We all want sustain in the note, dynamic range, balance, projection. The part that’s nice to be able to change for different flavors is what you’d call the sonority or the timbre of the guitar. So amongst the models we’re initially releasing, there are a lot of different flavors within that.

Is there a patent that you have on [V-Class bracing]?

It is something that we patented. It’s such a different idea in the way that flat top instruments can work.

How would that relate to other manufacturers that may do something similar?

Well, I hope they’re doing their own homework instead of copying ours! (laughs) The intonation aspect was very interesting to me. When I was working on the first version of this [guitar], I had this idea of how I could solve the volume vs. sustain conundrum. I got about halfway through building this guitar and went, “Oh my gosh, these parts are actually going to do what I think they’re going to do!” As a builder, that opens up all kinds of other possibilities! The intonation on that guitar changed as a result of it moving in these unified, orderly ways. There’s very little resonance cancellation going on. Every note that you play actually gets replicated with a high degree of accuracy.

Has the Expression System changed?

It’s the same [pickup] element, but in the new V-Class designs, it has this next level of responsiveness! What was interesting for me is when I listened I realize how good the ES-2 pickup element is. In a conventional guitar, the system works pretty well, but when put into one of these new V-Class designs, it really does a remarkable job of reflecting the guitar’s balance across the spectrum, intonation, dynamic range; it made me start realizing that the ES-2 is replicating to a really high degree what the new guitar was doing, rather than just trying to capture the strings. That pickup is like a magnifying glass of what’s going on right at the saddle, and it was pretty good before, but now that it’s wrapped in a better guitar, the picture got really good!

How did you and Bob become associated?

I had started building guitars when I was a little boy, and Bob was a pretty young guy when he started. In so many ways we had a similar outlook but we were going in completely different directions. Bob wanted to build a big factory and be able to provide a lot of great instrument to a lot of musicians. My goal when I was young was to build the best guitar that I could build – and that meant very few of them. So I worked essentially alone for a long time – almost 20 years. I was building, repairing, and restoring guitars and playing music professionally as a recreation.

Bob and I ended up sitting next to each other at a concert when I was fourteen or fifteen years old. We talked a little bit, and he saw a ukulele that I built. He had said, “If you ever need a job, look me up!” I had thanked him, but wasn’t really interested – I was happy to work in a little one-man shop.

Fast forward fifteen years or so, I was playing with a buddy of mine and we ended up playing at the Taylor NAMM show booth one year. So Bob and I got reacquainted, and he approached me and said, “If we could combine what we do, we could really make a good impact for musicians around the world. We could take these guitars that you’re building and this knowledge you’ve accumulated and put it into this context where instead of a dozen musicians every year, you could help thousands and really allow them to see what a great instrument is like.”

Where do you see the direction of the company in the coming years?

Looking towards the future, our intention is that for at least one more generation, Taylor Guitars will be driven by a guitar maker. We want to build a better instrument than we’ve ever built – year after year – and really be able to put those out into players’ hands so they can make their art.

Being a player probably helps you relate to the players as well as day-to-day business?

For me, players tend to not speak with the same language that builders speak. Players might say, “This guitar doesn’t feel right” or, “doesn’t respond this way” – and a lot of times builders will be scratching their heads trying to decipher what “feels” right! Builders will as, “Do you want the neck wider? Thicker?” And the player might say, “No, this guitar needs more ‘empathy’!” (laughs)

I’ve always found it valuable to be able to build something, play it, and know exactly what I want changed and what I liked about that design and interpret that into a physical action – change the neck shape, fingerboard edge, or whatever it might be. I get to play some shows and recordings and I actually use these guitars so I know how to turn them into a musician-friendly instrument.

Do you have any musicians who you’re looking to be ambassadors for this new line?

There are the road-test guys who I’ve been working with for the last couple years – Zac Brown, Jason Mraz, Trey Hensley – and I really respect and appreciate their feedback and opinion. But at the end of the day, my hope is that the musician who picks it up and falls in love with it – whether they’re playing to a thousand people, arena, or their dog by the fireplace (laughs) – they’re gonna be the ones who are the ambassadors! I really want these guitars to end up in the hands of musicians who appreciate them and play them.

I think music is way too important to leave up to the professionals! It would be rather judgmental of me to say that one person’s expression and artwork is more valuable than someone else’s. I like that a person can go write songs and perform for five people, a thousand people, or twenty thousand people! I think those are all wonderful and it matters that their guitar plays in tune – and they can hear it with a lot more clarity and expressiveness than in the past. 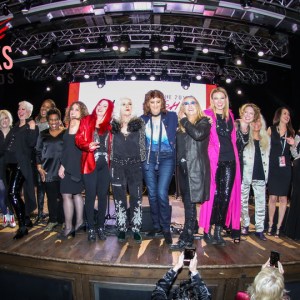 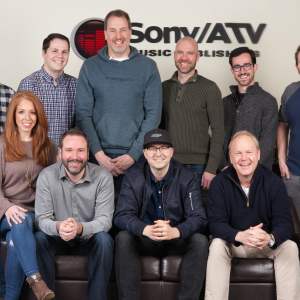