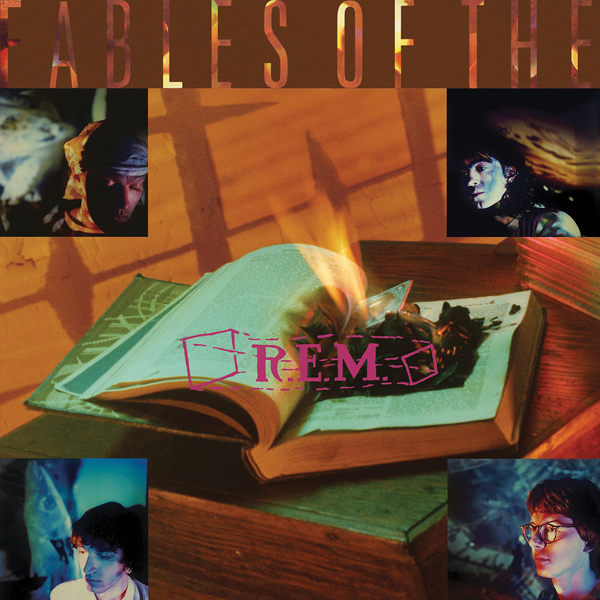 R.E.M. : Fables Of The Reconstruction Twenty-five years on and it’s hard to overstate just how great – and important – the first few R.E.M. albums were. Since 2008, the band has been reissuing each one on its 25th anniversary, and now it’s Fables Of The Reconstruction’s turn. The material holds up remarkably well. The band’s third full-length was released in 1985, a period when the Athens boys could do no wrong – hard to imagine after their tepid 2000s – and there wasn’t yet a bad song in their catalog. They’d become the kings of college rock, writing a chiming check that thousands of bands as diverse as Radiohead, Guided by Voices and The Strokes would go on to cash, and they gave hope and inspiration to a whole generation of post-punk misfits. Fables was recorded in London with legendary producer Joe Boyd, the architect of the British folk-rock scene, and he seemed to understand the jangly, enigmatic, harmony-laden sound that Berry/Buck/Mills/Stipe were after. Guitarist Peter Buck remembers being nervous about whether the band was prepared as they boarded the plane for England for the winter recording session, but the songs were already almost there, as we learn in the newly re-mastered reissue of Fables. Among the bonus materials are all 11 of the album’s tracks in their rough early form, laid down in a couple of days in Athens prior to the band’s departure. Most of them sound much as they do on the final recording, but they’re missing the sonic kudzu that Boyd wrapped them in – somehow they sound more like the South when they were recorded in London. And, from its title on down, this is a particularly Southern set, full of quirky characters like “Wendell Gee” and “Old Man Kensey” and legends from the rich history of Dixie. There isn’t enough new material here to warrant buying the album if you already own it – though the extensive liner notes from a notoriously liner-note shy band and a couple of rare tracks are nice for completists. But if it isn’t in your collection, it should be.