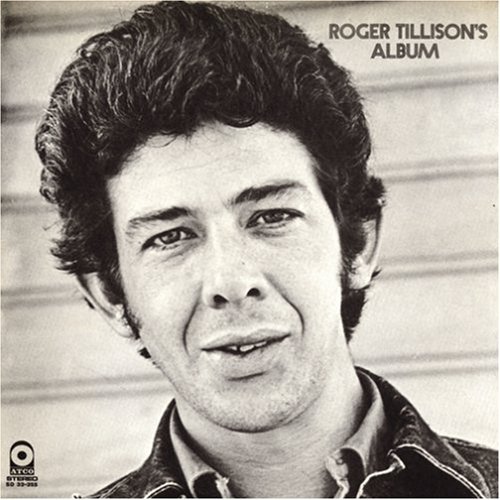 Roger Tillison was a singer and songwriter from Oklahoma, and was part of the Tulsa scene that included J.J. Cale, Leon Russell, Jim Keltner, and Jesse Ed Davis.

Sometime around 1970, he moved to Woodstock, New York, and became part of the scene that included such artists as The Band, Van Morrison, Happy & Artie Traum and others.

Tillison was a strong country influenced singer and in addition to his originals, his repertoire included rare Woody Guthrie tunes as well as songs by Bob Dylan and The Band that at time weren’t on albums, such as “Down In The Flood” and “Get Up Jake.”

I was lucky enough to see him one night at a Woodstock musician’s hangout, the Sled Hill Café, where he did a version of Dylan’s “Farewell Angelina” I haven’t forgotten to this day.

In 1971, he released an eponymous album on ATCO, produced by Jesse Ed Davis, who also played guitar and featured a mix of rock ’n’ roll stalwarts such as fellow Oklahomans, Don Preston and Jim Kelter, and also one-time members of Ronnie Hawkins’ Hawks, Stan Szelest and drummer Sandy Konikoff who also drummed for Dylan in early ’66. It was a really good record, but it ended up being one of those albums that only those who knew about it, knew about it.

Tillison eventually returned to Oklahoma, continued to play, and also worked as an illustrator, and would occasionally tour with J.J. Cale who recorded one of his songs, “One Step Ahead of The Blues.”

More than 30 years after his first album, he finally released a second, the more acoustically oriented Mamble Jamble in 2003.

Roger Tillison died Monday at age 72. He was in every way one of the forerunners of what we know now as Americana music.