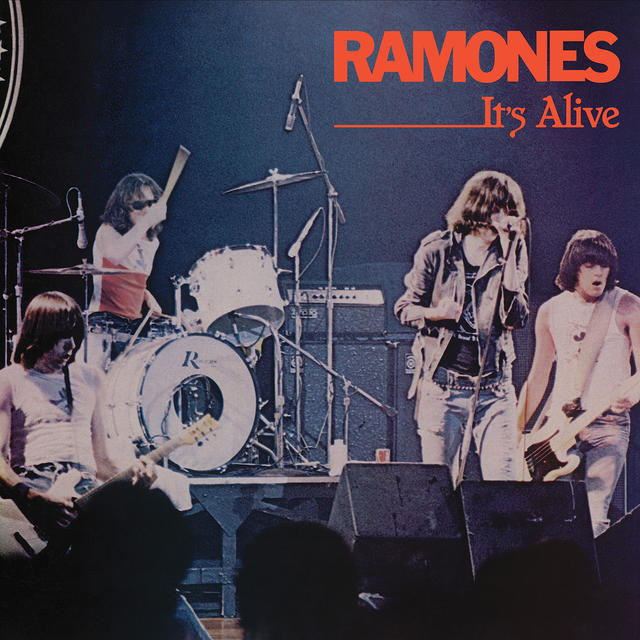 The Ramones were far from legends when they hit the U.K. in 1977 for a series of post-Christmas shows. The foursome were just scraggly, torn-jeans clad punks birthed from the fertile CBGB NYC scene, cranking out their compact pop/punk ditties with three near perfect, if far from commercially successful, records to their name.

But over the decades those gigs, albums, and the band itself, have taken on iconic status, especially since all four founding members have passed on. The initial double vinyl of It’s Alive was recorded on New Year’s Eve at London’s Rainbow Theater. It captured the band at its raw height, charging through 28 songs, with a breathless blitzkrieg of energy and taut thunder, in less than an hour. Yet as we hear on this deluxe expanded 40th anniversary edition, that night was just business as usual.

To commemorate the four decades since its 1979 appearance, we get a lavish package that includes three more newly remastered shows from the same week, along with the double vinyl album and a hardback book in a numbered box.  The concerts have identical set lists, and all songs are played in the same order with hardly any stage patter to give the audience breathing room. Only the ballad (!) “Here Today, Gone Tomorrow” dampens the aural assault. Drummer Tommy left shortly afterwards making these the final performances featuring the original Ramones quartet.

Singer Joey spits out his trademarked “1-2-3-4” leading into every tune, guitarist Johnny downstrokes his chords like a relentless machine, drummer Tommy pounds the skins with thunderous intensity and bassist/primary songwriter Dee Dee locks into the propulsive roller-coaster ride.

The remastered sound makes it seem like you’re 10 feet from the stage. It’s as the band has ever sounded and as its title suggests. While there are other Ramones concert recordings, none can top this for sheer blistering, paint peeking energy.