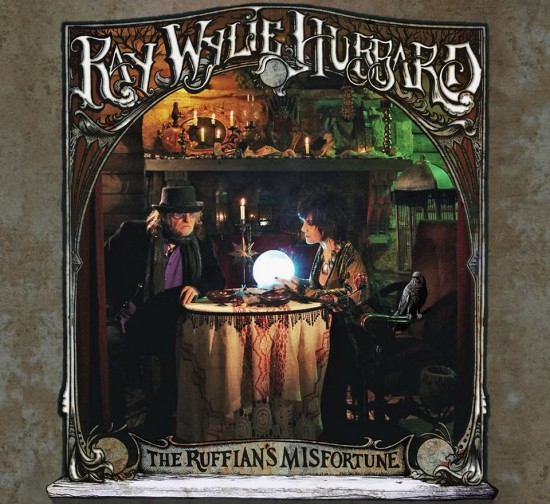 Jethro Tull titles notwithstanding, who else believes the cliché “too old to rock and roll/too young to die”? It’s clearly not the nearly 70 year old, Texas-by-way-of-Oklahoma bard, Ray Wylie Hubbard. Like leather, he gets harder and tougher as more wrinkles add to the existing lines on his weather-beaten face. The veteran singer/songwriter seems to have taken musical and philosophical direction from his peers the Rolling Stones, who are referenced in at least three selections and whose vibe resonates through the rest.

But unlike Mick, Keith and the guys who seem to be going through the motions over the past few decades, Hubbard immerses himself in the swamp blues that have recently been central to his sound. He even names two songs after blues legends (“Mr. Musselwhite’s Blues,” the thumping “Jessie Mae” named after Ms. Hemphill) that have inspired him. This is Hubbard’s fourth album since 2006 which, for someone who didn’t have a release during an eight year stretch, is prolific. Each one shifts closer to the grinding pulse that beats through these 10 tracks. On “Down by the River” (not the Neil Young song), he propels through the driving rocker with a gutsy take-no-prisoners attack and a twin lead guitar dual that acts half his age would have difficulty mustering up.

Even ballads such as the self-descriptive “Too Young Ripe, Too Young Rotten,” the introspective “Barefoot in Heaven” (that’s how he’ll walk around assuming he gets there) and the closing acoustic driven “Stone Blind Horses” (sort of a cousin to “Wild Horses”) show that the singer/songwriter has no interest in mellowing out as he pushes 70.

Credit that to Hubbard’s crusty, ornery, and authentic growl—sounding like Mark Knopfler with an extra few decades of booze and hard living under his belt—and a rugged band that laid down these 10 compact tracks in five days. Nothing runs over four minutes, a few don’t make it to three, leaving a lean, mean set that wraps up in just over a half hour but whose raw reverberations last long after. Hubbard has always been a lyricist of gritty honesty. Here though, with help from an infusion of blues, his music is equally as taut, dynamic and compelling.