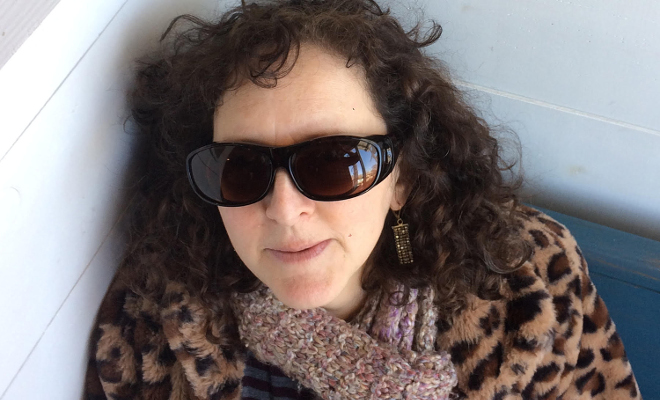 Rebecca Turner Checks in at Mid-Life with Third Album, ‘The New Wrong Way’

Beginning with 70s FM radio and 80s-era record stores, her musical influences have ranged over the years from Emmylou Harris to Liz Phair, from Doris Day to Tom Petty, from Goldfrapp to the Go-Go’s.

Writing for a third album began almost immediately after Slowpokes was released. Turner described the time between 2009 and her release in November as, “dream-like, sometimes uncomfortable, but always interesting sea of time and family and cats and work.” Years passed, songs came and went, but Turner continued to perform and write.

Finally, a deadline of 2019 was set for the album. With her husband and bassist Scott Anthony (Fond Farewells, Nu-Sonics), she started recording during the winter at their home studio, Storybook Sound, with a solid cast of musical cohorts, such as the amazing Rich Feridun (Tammy Faye Starlite, Jimmy LaFave, Amelia White) and the stellar Sim Cain (Rollins Band, Chris Harford, Marc Ribot), as well as her longtime, harmony-singer Sue Raffman.

The title reflects a reoccurring theme across the thirteen tracks: getting older and attempting to do things better this time around. The songs combine to tell the story from the perspective of a mid-way point in Turner’s life experience.

This album was coming together along with Turner’s self-actualization as a musical artist. “I’m solidly in the middle chapter of my life, but just kind of coming into my own as a person who does music, and finally admitting to myself that maybe I do not suck at doing music,” Turner shared. Ironically for Turner, she feels that it took moving to the suburbs of New Jersey in 2003 to settle into the notion that she is a musician. It was the people she met along the way that carried her into this position. “I’m astounded by the number of people around my age who are just shockingly talented musicians, and all kinds of artists, and just getting better every second,” said Turner.

“The New Wrong Way is about doggedly just trudging ahead as we get older, making the same number of mistakes but hopefully handling them better, and letting music save us over and over again,” shared Turner. “So it fits that this record was recorded pretty fast and is more about feeling than perfection.”

This project departs from previous efforts which were more modern-leaning albums with much labor and many takes. The New Wrong Way is more of an old-school production. The listener will encounter many first take tapes and magical live ensemble moments. The final touches of this album were added in Memphis at the legendary Ardent Studios. Turner is proud to share what she described as a, “relaxed, eclectic, offbeat but always true to heart results,” on this album.