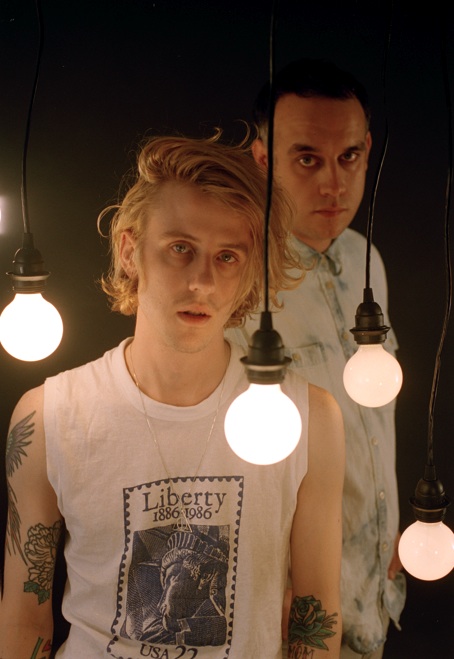 Chet “JR” White, the bassist who heads up recording in the band, Girls, first got his start recording punk bands in Santa Cruz as a teenager. He later moved to San Francisco and attended the California Recording Institute and briefly set up a studio in a basement space on Market Street.

But by the time White met Christopher Owens, a young songwriter with a bizarre past, his recording equipment had been gathering dust in a closet while he worked as a chef to pay the bills. “I hated opening that closet because it was something I really wanted to be doing but I wasn’t using it,” says White. “For a year it just sat. Then when I met Christopher, he showed me that interest.”

White introduced Owens to bands like Spacemen 3, pointing out the inherent musical references he saw in Owens’ songs. “Look how this song can relate to that style,” White remembers telling Owens.

For the band’s debut, Album, the duo recorded almost entirely by themselves using White’s equipment in makeshift studios. “We recorded [Album] out of necessity. We didn’t have any strong relationships with anyone who was a great drummer. San Francisco is not a great place to find musicians. It’s not a city where musicians move to. Especially drummers.”

Despite it’s low fidelity roots, the album was fresh and fascinated the indie press and fans, though many listeners also quickly attached to the Owens backstory of growing up in (and escaping) the Children of God cult.

But on the group’s new album, Father, Son, Holy Ghost, Owens’ songs and White’s production are the true focal points. The album takes the band’s musical omnivorism to new heights: the dark hardcore of “Vomit” opens up to the sunny classical guitar that opens “Just A Song.”

In our interview with White, he talks about recording the band’s new record in a real studio, why the group has always been drawn to musical references, and role-playing in Girls.

How did you decide to work with Doug Boehme on Father, Son, Holy Ghost?

I ran into some guy at a bar and started talking to him. It was really random. I got [Boehm’s] number to the studio and went and looked at it. It was best of both worlds. He had six channels of Pultec EQ, EMI Limiters. He just had a crazy vintage transistor and tube collection – preamps and compressors. Pieces I’d never seen – much beyond the standard stuff that’s in every studio.

I remember I walked in the space and the live room was nothing more than just a concrete basement of this office building. He had partitioned off the control room with glass. He had an amp collection that was bordering on a real gear addiction. You could fill a 20×20 room to the top. It was an insane amount of stuff.

There was something about this room that wasn’t a tuned recording studio live room. There was something about working this space. There was an aspect of doing it ourselves. The environments we were [used to] recording in were like a rehearsal space or a room or hallway in my parent’s house. It just adds that unavoidable sonic signature to all the songs. When I saw this concrete basement I thought, “This is possibly going to be a pain in the ass, where we might have to fight the influences of this room.” But in the end I thought it would be really cool [to work with] all that great gear and a really professional engineer. There was going to be that unavoidable added sound, like any vibe-y room in the history of recording studios that imprint themselves onto the recording. So that was a big attraction.

I grew up in Santa Cruz and there was a post-punk scene in the early ’90s. There was a used gear store in Santa Cruz where you could rent anything they sold there for relatively cheap. They used to let me take four-tracks for like five bucks a day. We’d take these four-tracks and start messing around with them in the bands I was in. I would be the one who would head that up, and do all the recording to four tracks. I got really into recording as an art. Trying to figure out why I couldn’t get my guitar to sound like certain records. By the time I was a sophomore in high school, I decided I wanted to go become a recording engineer or producer.

So recording Album yourselves and working on Father, Son, Holy Ghost in a more professional studio. Was the process for you and Christopher a lot different?

The process for us sort of evolved. On our first record, Chris had just started writing stuff so his confidence level was still pretty low. [He was] much more dependent on me for exchanges, or for lyrics and ideas and suggestions. When we first started working, he would just start playing me a song, and I’d grab an instrument like a snare drum, the bass, or another guitar. [The songs] were sort of at a stage where he knew stylistically what they were supposed to sound like. But I think all the stuff he was writing, his idea of how the production, output, the way it was supposed to sound – without knowing it, his idea was that they were all supposed to sound the same.

The band he started with his girlfriend before, they were called Curls, they played a few of the songs from the first record. He had a Crate amp with digital reverb. It was almost like this weird Sade R&B. [laughs] Something that would probably be pretty cool know. The kind of stuff that people seem to be doing now.

My influence at that point was like, “I hear that being more of a ’60s homage. Or like a Monkees song. This one should be shoegaze.” We wanted to jump around genres. That was a cognizant effort. That was something we wanted to do on the first record. We talked about having always just been in hard rock bands, or punk bands, or an indie band. So why not do something where we can do whatever we want?

On [Album], I’d help him identify the style that worked best for the song. As the relationship grew, the roles become more and more clear. Chris really likes when people are aware of their role. He likes when everyone has a role and revels in it and understands it and is clearly defined. So there’s no stress. He can write the songs, write the lyrics, give his clear idea of what he wants stylistically, and the rest is sort of up to me. Sometimes there are little standoffs [over things like whether] we should go back to the chorus at the end of  the song.

The arrangements on Father, Son, Holy Ghost are really intricate, and sometimes unexpected sections emerge, like the end of “Honey Bunny.” How much of that is Chris’s songwriting versus the arrangement you guys come up with for the song?

The end of “Honey Bunny” and the last three quarters of “Die,” Chris will tend to throw parts in like that. To me it always feels like there’s almost a tape edit- this drastic change. Like the song was built in a non-linear fashion. So when Chris does do those things within his song, sometimes other people will be kind of uncomfortable with it but then [we realize] that it’s cool we just need to accentuate it. There’s not really a fear in making it sound kind of awkward or patched together. To me, that’s kind of exciting.

On this record we kind of realized what this band is. You start to keep your eyes open and pay attention to it. There’s certain things where I have reservations about something being a little too much, maybe that’s overkill or too obvious. But then later that day, I’ll think, “Oh, we’ve always done this.” Even the backup vocalists. Like on “Honey Bunny” they’re kind of over the top. But we always wanted to put female singers on the end. To me, it has this almost musical theater vibe on the end when the all come in. At first, I was a little uncomfortable with it. But you sort of let go of those feelings and just ask yourself, “What does this song make me feel? Is it enjoyable to listen.” And then I realize I really like this. 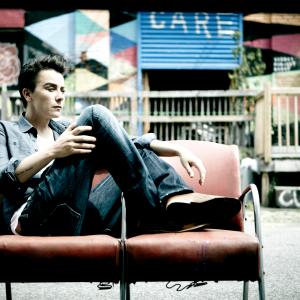