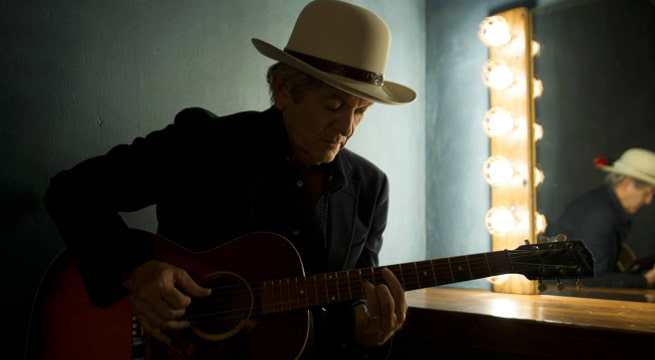 Registration is open for Rodney Crowell’s “Adventures in Song” camp, an immersive four-day event in Nashville that rigorously explores the craft of songwriting with some of the art form’s greatest practitioners.

The camp, which is being presented by Dreamcatcher Events and American Songwriter, will take place from July 23-27, 2020. In addition to Crowell, the camp’s esteemed faculty includes Beth Nielsen Chapman, Allison Moorer, John Paul White, Allen Shamblin, and John Jorgenson, along with special guests Rosanne Cash and Peter Asher.

“Each of the instructors that I’ve handpicked has their own methodology of how they go about facilitating the learning curve that’s there to be had,” Crowell said. “In my case, I’m really big on revision and editing and narrative flow, all of the fine points that lead to really clean songwriting. I’m a stickler about that and that’s the experience that I have to offer.”

The four-day songwriting camp is open to songwriters and music enthusiasts of all levels and genres. The environment is non-competitive.

“Adventures In Song,” which will be held at the historic Scarritt Bennett Center in midtown Nashville, will grapple with such topics as:

Crowell hosted his inaugural camp in the summer of 2018 in Carmel, California. American Songwriter’s Paul Zollo, who attended the camp, found much to delight in.

“That Crowell has always aspired to the higher songwriting angels is well known, and the reason he’s truly a songwriter’s songwriter, what with so many legends having recorded his songs,” Zollo wrote. “That celebration of the timelessness of great songs was imparted powerfully in master-classes such as Song As Prayer, in which he emphasized the holiness of songs by sharing the lyrics of two songs projected on a big movie screen, ‘Heal Me’ by Leonard Cohen and ‘Every Grain Of Sand’ by Bob Dylan. Tenderly tracing the simplicity and hymnal grace of both songs he delivered the main message: To aim not at the charts, but far beyond, and find the ‘singular song’ inside you.” (Read the full article here.)

“I get so much satisfaction out of seeing someone joyously discover another level of what he or she can do and where they take it,” Crowell said of the inaugural camp. “I love when someone comes through my class and I start nailing them on soft rhymes or something like that. I can see their eyes getting wider, thinking about things that they never considered before. There’s something really satisfying about that for me.”

Attendants will receive a 10 percent discount on tuition if they sign up for the camp by January 3, with code: RODNEY. Register Here. We hope to see you there.