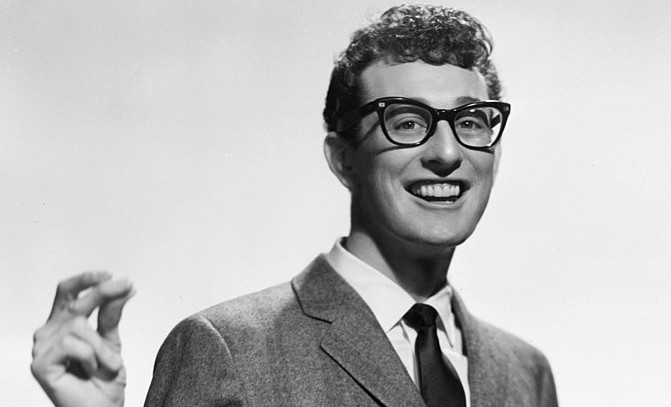 Remembering the Day the Music Died

Separating the Myth & the Truth of the Crash That Killed Buddy Holly, The Big Bopper and Ritchie Valens on this date, February 3, 1959.

It’s one of rock and roll’s saddest anniversaries. On this date, February 3rd, back in 1959, the era of 1950s rock & roll came to an awful end with the death of Buddy Holly, J.P Richardson (AKA the Big Bopper) and Ritchie Valens, a 17-year-old rock & roller from California’s San Fernando Valley.

Although all three artists were relatively new to the fledging rock & roll scene of the 1950s, they presented a fresh and reenergizing force as the major icons of the era were embroiled in controversy. The common question among the public was about just how long rock & roll would last. Many thought it would burn out, that it was just a passing fad.

Buddy Holly was the veteran of the group, first hitting the charts in 1957 with the international #1 smash hit record of his song “That’ll Be the Day.” It swept the country, and was followed by another original, “Peggy Sue,” which made it to #3. Buddy was an original writing his own songs and creating a variety of arrangements with both Country and R&B roots.

Both the Big Bopper and Ritchie Valens, who were also gifted songwriters, made their mark in the summer of 1958 with “Chantilly Lace” and “Come on, Let’s Go,” respectively.

During the winter of 1958, the three rock & rollers headlined the now infamous Winter Dance Party which included Dion & the Belmonts, and Frankie Sardo. They were sent to the Midwest, the coldest place in America for a two-week tour to entertain teenagers with cabin fever. The turn-out was tremendous.

However, winter conditions fell to sub-zero levels. Their only means of transportation was a converted school bus with an antiquated heating system that broke down on the way to their destination. After days of traveling sometimes all night from show to show on a freezing bus, they were exhausted. So, when the tour reached Clearwater, Iowa, Buddy Holly decided to charter a light plane to take himself and two members of his band – Waylon Jennings & Tommy Allsup- to their next gig in Wisconsin.

Here are a few facts that have often be either forgotten or misunderstood.

In 2015, there was a request to reopen an investigation to challenge the original findings, but it was denied. The original conclusion is still supported today.

4. Rumors abounded after the crash for many years, and eventually devolved into conspiracy theories. The most common was that the finding of a fired gun at the crash site which belonged to Buddy Holly was evidence that he forced the pilot to go to Chicago so he could pick up drugs. This theory was debunked and is verifiably untrue based on the coroner’s report.

Another rumor held that someone in the plane accidently fired the gun and shot the pilot.  This was also debunked by the coroner’s report. Because J.P. Richardson’s body was found 40 feet from the plane, a theory maintained that he survived the crash and was trying to go for help, firing the gun to attract attention.

In 2007, Jay Richardson, the son of The Big Bopper, had his father’s body exhumed for further analysis. The conclusion confirmed the original report, that Richardson died on impact.

An annual Winter Dance Party concert has been held February 2nd at The Surf Ballroom ever since 1979. It started small, and gradually expanded; today it runs for three days. The line-up this year includes Marty Stuart and his Fabulous Superlatives, Albert Lee and Bowzer of Sha Na Na. The venue has been renovated and has preserved an important memorial to the three stars who lost their lives in those early morning hours.

Buddy Holly influenced future generations with his innovative style, vocals and as a songwriter. All the great bands, from the Stones to the Kinks and beyond, were impacted by Holly’s brilliance. The Beatles essentially learned songwriting by covering his songs, and since almost all of Buddy’s songs had three chords in the key of A major, The Beatles followed suit and wrote the majority of their songs in the same key.

“Buddy used A for almost all his songs,” said Lennon, “so we did too, because it seemed to be the way it was done.”

Among Buddy’s most important fans is Bob Dylan, who mentioned Holly in his Nobel Prize acceptance speech. Dylan spoke of seeing Buddy live at the Winter Dance Party in Duluth, Minnesota just days before the crash. Buddy Holly was a hero to him.

To quote Dylan, “Something about [Buddy Holly] seemed permanent and he filled me with conviction. Then out of the blue, the most uncanny thing happened, he looked at me right straight there in the eye and he transmitted something, something I didn’t know what. It gave me the chills.”

Maybe Buddy was passing the torch of great American music to that young man from Hibbing Minnesota.  Who knows? Stranger things have happened.

0
It is the fourth single to come out in anticipation of the band’s debut LP.
Read more
Articles