If you were tuned into music in the ‘90s or are just a fan of great danceable music, you probably already know about Screamadelica. If you are just hearing about it now, you should definitely check it out. The studio album from Primal Scream received universal praise from critics back in the day and has been frequently named one of the best albums of the 1990s in various polls. To prove a point, it has sold over three million copies worldwide. Fender is commemorating this landmark recording with a 30th Anniversary Screamadelica Stratocaster with the look and sound that takes it all back to where the sound began.

What made this Screamadelica so famous? It was the third studio album by Scottish rock band Primal Scream and featured a fresh blend of indie-rock songwriting and acid house-inspired production. But this record was different. A really unique sound, the album was a significant departure from the band’s early indie-rock roots, steering their sound more to the blossoming house music scene with all the associated drugs such as LSD and MDMA of the day. Much of the album’s production was handled by acid house DJ Andrew Weatherall and engineer Hugo Nicolson, who remixed original recordings made by the band into some killer dance-oriented tracks. The combination of great tracks, new sounds, and danceability made this record one of the most important in its time and a classic.

Fender’s timely tribute to this important slice of rock and roll history is their limited edition Screamadelica 30th Anniversary Stratocaster emblazoned with a one-of-a-kind graphic of stunning red, yellow, and blue album art, offset with matching pickguard, pickup covers, and knobs. It looks crazy good, but it is also geared up with some great features, like its vintage-voiced Alnico V single-coil pickups with an extraordinary range of tones.

In addition to the Alnico V pickups, this guitar offers players a modern C-shaped maple neck with an attractive Pau Ferro fingerboard with medium jumbo frets and a 9.5” radius. Pau Ferro has some benefits over traditional fretboard materials you might want to consider. It has a tighter density than rosewood, meaning that slightly fewer frequencies are absorbed into the fretboard. The result is a slightly brighter tone, while still retaining the depth of typical rosewood designs. The feel of Pau Ferro is comparable to that of ebony, meaning it offers guitarists an easy and smooth playing experience. To take that ‘60s-style Stratocaster tone to new heights, players get a 2-point synchronized tremolo. A custom Screamadelica neck plate and a deluxe gig bag round out the package.

All the features of the Screamadelica contribute to making this limited edition commemorative guitar’s modern playability match up with its bold look of the era. So, you shouldn’t be surprised when people stop and stare. Consider putting this well-appointed, limited-edition tribute to rock history’s Screamadelica era in your collection at a street price of $1,049.99. 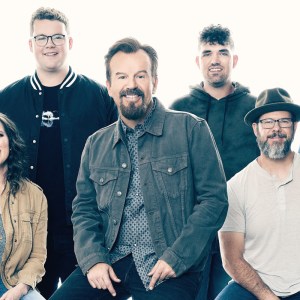 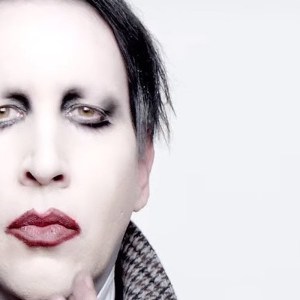