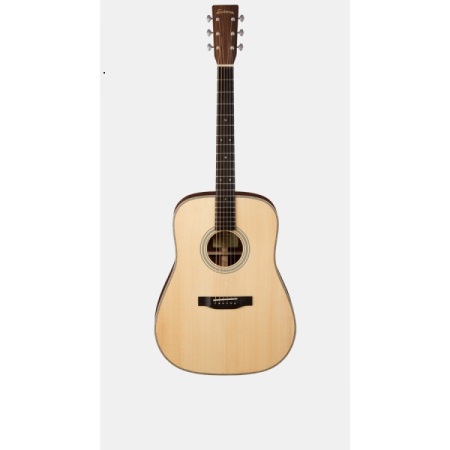 Eastman certainly isn’t as well-known a name among guitar players as legends like Martin or Gibson, even though the company offers a pretty impressive line of both acoustic and electric guitars. We checked out one of the company’s E10D flattops and were pleasantly surprised, if not almost shocked.

The first thing we noticed about this guitar was its volume. Dreadnoughts are supposed to be loud anyway, but the open chords on this one were just short of spectacular in terms of volume, and the tone was great too considering the price range (around a grand at the right store). The barre chords were maybe not quite as impressive, but overall this guitar was a surprise from the beginning. The tone wasn’t up to the level of a guitar that is several thousand dollars more, but it isn’t expected to be. The company advertises “Glorious full-bodied tone and room-filling volume,” and there’s not a lot of hyperbole there. It’s basically as good as advertised, which is a rare thing.

To this writer, one of the marks of a well-constructed guitar is how well the harmonics resonate at the 5th fret. Sometimes the harmonics at the 5th fret can be lousy even on an expensive guitar, indicating that something, somewhere, is off by the tiniest increment. But on this E10D they rang loud and crisp compared to many guitars. And then, in another test to make sure that it wasn’t too good to be true, we tried the same harmonics over the soundhole about 1 1/4″ past the bottom of the neck. Not only were they fairly loud, but they were perfectly in tune with the identical harmonics at the 5th fret. A very well put-together axe to be sure.

With an Adirondack spruce top and mahogany back, sides and neck, an ebony fingerboard and natural finish, nothing really sets this guitar apart aesthetically, but if you’re buying a guitar with the intention of playing it then that really shouldn’t matter. We did get a buzz at one of the frets on the D string, and the latches on the black hardshell case weren’t very tight, popping open too easily. But one buzz on a guitar whose wood hasn’t quite settled in isn’t unusual, and the case may have been a fluke. If you’re in the market for a new acoustic, the Eastman E10D is definitely a guitar worth checking out.