Gibson’s SJ-100 was first introduced in 1939 as a more affordable, less fancy cousin to the company’s SJ-200 (called “The King of the Flat Tops”), but it wasn’t made for long, ending its run in 1941. Now Gibson has re-introduced the 1941 version of this guitar with an acoustic-electric model that is not only true to the original in most respects, but is also a good guitar for the various applications of contemporary times.

This 1941 SJ-100 recreation has the Super Jumbo body, and is plenty loud because of it, able to (at least rhythmically) keep up with mandolins, fiddles or what have you in an unplugged situation. The one I played was, as advertised, expertly crafted, with perfect intonation all the way up the neck, great projection and excellent tonal balance. It had surprisingly, almost abnormally, very loud harmonics at the fifth fret and even good harmonics at the fourth fret. But this is rare and I doubt that all of these guitars have the same characteristic. If anything, this particular guitar was almost too perfect, and hopefully will develop some more personality of its own as it ages.

The guitar has a Sitka spruce top, mahogany back and sides, and rounded mahogany neck with a rosewood fingerboard. With a Tusq nut and Tusq bridge saddle on the rosewood vintage Super Jumbo bridge of pre-war days, it has white button vintage tuners with nickel plating. The 1941 SJ-100 features the high-quality L.R. Baggs Element pickup system, and has one of those cool firestripe pickguards, which was especially awesome-looking on the vintage sunburst model I played (the guitar’s also available in antique natural). A MOP Gibson script logo on the peghead and MOP dot inlay on the fretboard make the guitar even more attractive. It comes with a black standard hardshell Gibson Tolex case with blue innards. And though it seems to matter less and less these days, the guitar is 100% American-made in Gibson’s Bozeman, Montana shop.

Overall, this guitar was fun to play, whether playing rhythm or lead or fingerpicking. It’s a good-sounding and good-looking axe that is both functional and collectible and is a good buy for the street price of $2,999. Try one out. 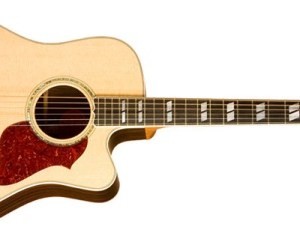 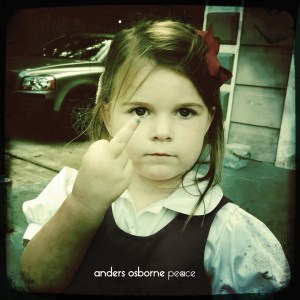