Line6 describes their new AMPLIFi guitar AMPLIFier as “an entirely new guitar playing experience” and I have to agree. You might even call it a complete guitar playing environment or guitar sound lab. Along with a iOS app, both AMPLIFi models provide the guitarist a versatile amp with advanced control of EQ, effects, and amp/cabinet emulations, as well as all the tools to make it a great performance, rehearsal or songwriting tool—it’s even good at playing MP3s in your living room.

Okay, so most players don’t even think of their guitar amp as being anything but a rudimentary playback system, but the AMPLIFi lets you wirelessly stream tracks from any Bluetooth-enabled device through its built-in full-range speakers. Its five-speaker design and solid, ported cabinet design makes a sound that rivals some home stereo systems and there’s plenty of volume to jam along with tracks or play back songs during band rehearsal. We found the usable range for Bluetooth to be about 25 feet, but that’s plenty for most rehearsal spaces. Combine all that with your pick of digital recording software and you’ve got a complete songwriter’s lab that has just about every sound for the guitarist from clean and ‘chunky’ to a hard-compressed crunch and screaming lead. The AMPLIFi Remote app allows for any combination of pedals, effects processors, amp and cabinet models (there’s a huge selection) along with the ability to store your configurations as presets—in the cloud, locally or on the amp for instant access. There’s also a growing, worldwide community of guitarists sharing their tones, so you can find just about any FX chain/amp/cabinet you can imagine. That’s a lot of guitar inspiration for performers and songwriters.

Before we talk about the electronic details, a striking difference between the AMPLIFi and other more traditional guitar amps is its physical appearance. It’s clean, dark design with wrap-around grill looks good from all sides. With knobs cleanly set below the top of the amp, recessed handle and no plastic logo plate, this is one of the few amps that looks as right in the living room as it does in the studio. In fact, AMPLIFi’s clean look and solid, full-range sound had my wife and neighbors convinced that it was a piece of stereo equipment before I told them otherwise. So, if you like to leave a guitar out on stand, consider the AMPLIFi along with a good looking cable or wireless for an ultra-convenient and sharp looking practice setup.

Here are the details on the AMPLIFi 150: 150 watts with one 12” custom Celestion speaker, two mid-frequency drivers and two high-frequency drivers. For inputs, you’ll find one 1/4” guitar input and 1/8” stereo aux input for a keyboard, mixer or other line level input. For basic control there are knobs for drive, treble mid and bass controls along with fx and reverb. There is a professional 1/4” headphone output, tap tempo/tuner and four onboard presets (you can also access unlimited presets via the app). You also get stereo effects and compatibility with Line6 FBV MkII Foot Controllers. While there is currently no digital output, there is a USB connection on the back of the amp for future use and Line6 says that the line of amps was designed to be friendly for future firmware updates that could provide many advanced digital features. Finally, as we mentioned, there is Bluetooth streaming audio for use with Android and iOS devices, as well as Macs or PCs. For smaller applications, the AMPLIFi 75 puts out a loud 75 watts and drives an 8-inch custom speaker along with all the features provided with the model 150 and available with the iOS app. The AMPLIFi 150 weighs in at an easily portable 35lbs, 10oz and the AMPLIFi 75 is a mere 20lbs, 8oz. Both amps have a robust, comfortable handle that is stylishly built into the top of the cabinet and detachable computer-style power cable.

Speaking of the iOS app, it’s a clean and intuitive interface for diving into all the parameters in the model 150 or 75, including more than 70 guitar amps, over 100 effects and 20 speaker cabinets. Along with the deep edits, you can quickly set up eight simultaneous effects remotely to dial in your sound. A feature called “Automatic tone matching” instantly provides the perfect tones for jamming with songs in your music library or you can explore thousands of other tones online. Once you find your sound you can share and rate other tones and backup unlimited tones presets in the cloud. The app requires iOS7 and is compatible with it and iPod touch (5th generation), iPhone 5s, iPhone 5c, iPhone 5, iPhone 4s, iPhone 4, iPad (3rd and 4th generation), iPad 2 and iPad mini.

There is not much information in the AMPLIFi manual that came in the box, but we found we didn’t need it—especially with the well-designed iOS app. However, something we discovered was that the tone controls work differently based on which amp you happen to be emulating. For example, if the amp you have chosen to emulate rolls off bass when the treble control is increased, that’s what the AMPLIFi will do, as well. This really speaks to the level detail engineered into the amp emulation. So when you audition this amp, be sure to try some different configurations as this amp will sound and behave differently based on what amp/cabinet it is set up to emulate. In that sense, it’s almost a shame to put this amp out on the showroom floor without an iPad to access the emulations.

While the AMPLIFi 150 and 75 are stand-out solid-state amps on their own, you’ll want to use the iOS app software to get the most from them, especially to access all the great amp/cabinet emulations and effects settings. The app isn’t just a nice add-on, it’s the keys to a very powerful creative guitar environment at every level–from beginner thru to advanced players. Even if you are ‘married’ to your classic open-back tube amp for performing, this forward design amp and app combination deserves a good test drive. It might just surprise you and it will certainly get you thinking about how you work. More importantly for songwriters and producers, if nabbing great guitar sounds is part of your music, this guitar amp and software will get your creative juices flowing. 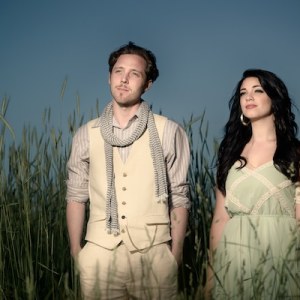 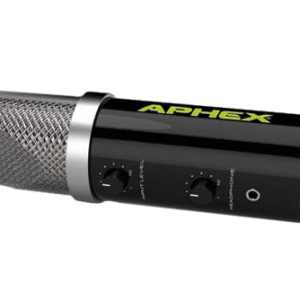