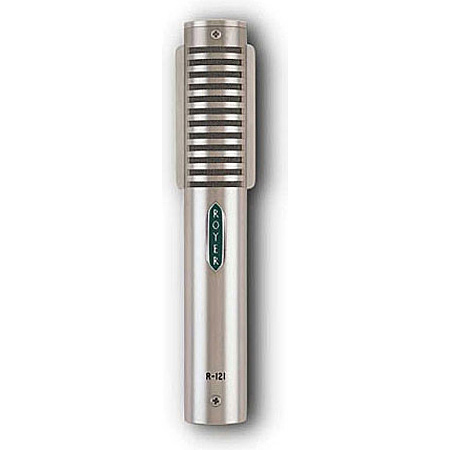 The Royer R-121 was not yet designed when some iconic classic rock guitar sounds were recorded in the 1960s and ‘70s. An often overlooked but essential part of those recordings is the use of a ribbon mic to accurately deliver those sounds to tape. The Royer R-121 ribbon mic has a reputation for capturing that classic tone without creating the fear that high levels (SPL’s) might shred your ribbon. I put the review mic through some paces both in the studio and out on gigs.

The test rig was a Trainwreck Express amp into a 1968 Marshall 4×12 with pre-Rola 30-Watt greenbacks. The guitar was a 2001 Historic R8 Les Paul. The mic did a great job of capturing what came out of the amp. The coloration was the warm midrange I’d expected without any unwanted peakiness in the mids. The low-end response was fantastic but seemed to be more affected by mic placement than the mids due to proximity effect. I tried the 121 both parallel to the speaker grille and at a 45-degree angle. These two positions gave different but pleasing results.

Live gigs were going to be the torture test… the band is a loud one, and the figure 8 pattern (in which both sides of the transducer are equally exposed to incoming sound) made it easy to place the mic to avoid bleed from the other instruments. The shock mount really helped this situation as well; construction of the RSM-SS1 Sling Shock was top notch and very sturdy, making it easy to find and keep in just the right position. The felt-lined interior really does a beautiful job to not only protect the mic, but hold it firmly, allowing the suspension system to do its job preventing rumble from floor vibrations.

I tend to go for a lot of nuance, working the volume knob on the guitar to get the full range of clean-to-mean tones out of the amplifier. I also do a lot of switching between using a pick and going for thumb-and-finger picking. The trick of capturing those nuances in high-volume situations is one that seems to stump a lot of mics. I’ve used mics that can capture all that detail, but the cost is sometimes a certain amount of harshness. The 121 was up to the task, delivering a smooth ribbon sound while capturing all the subtleties that came out of the speakers. The tone of the 121 is really everything you’ve heard it was.

If you’re a tone freak and went the extra mile to get the amp of your dreams, you’re going to want to go beyond the “old standard” dynamics to mic it both in the studio and live. The Royer R121 a must have for engineers and guitar players looking to accurately represent the true sound of their instruments. 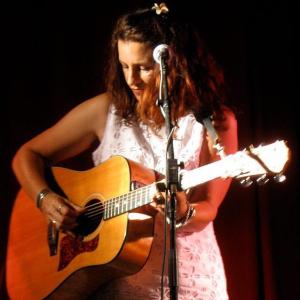