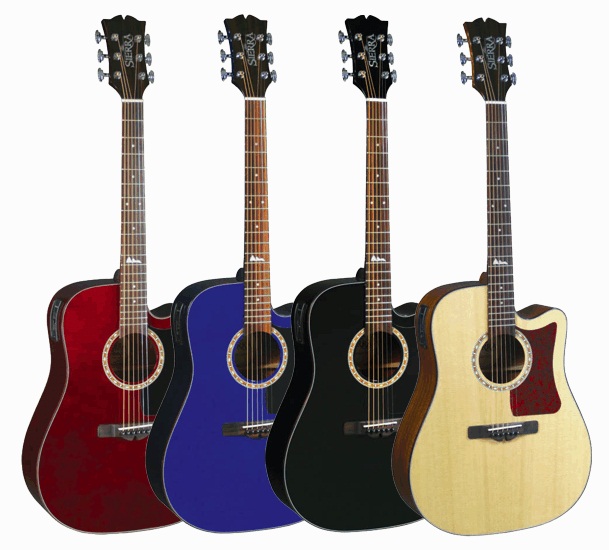 Sierra Guitars has only been around for a few years, but the company seemingly set its sights on a niche market of mostly aspiring players who couldn’t afford Taylors, Martins and the like. If that was the case, the company has succeeded, distributing a product that is more affordable and that seems to be durable, dependable and tunable.

The Sierra SD35CE is the company’s acoustic-electric, single-cutaway dreadnought that is part of Sierra’s Alpine series, and is worth a look for someone wanting to buy a new guitar that won’t bust their budget. The guitar has a spruce top and mahogany back and sides, with a Barcus-Berry Breeze II pickup and preamp system that has a built-in tuner and three-band EQ. The guitar has a mahogany neck and rosewood binding and fingerboard, and the tuning pegs are the company’s own die-cast chrome “ComfortGrip” tuners. The one we tested had good intonation and in-tune harmonics, and while it didn’t have the “broken in” feel that some higher-end brands sometimes do, it was obvious that it just needed to be played. Depending on what kind of sound you’re looking for, the SD35CE, when just used acoustically, is just a bit lacking in bottom end, but is definitely bright and cutting, is pretty loud, and has a reasonable amount of projection and sustain. And if run through an amp or PA, the low end can be adjusted through use of the EQ on either the guitar, amp or sound system.

The guitar comes in wine red, gloss natural, black and transparent blue. All have black pickguards except the gloss natural, which features a tortoise-shell pickguard. And while less expensive guitars like this one sometimes seem like a bit of a risk, the SD35CE has a limited lifetime warranty which covers much of what could go wrong with the guitar for the original owner.

If there’s any kind of a drawback it’s that the company has only been around for five years or so, so it’s hard to tell whether history will be kind to its guitars in terms of aging gracefully and becoming vintage instruments (and maybe the wood maturing so the bass gets a little deeper). But for the money that certainly shouldn’t be a deterrent. The list price for the SD35CE is $499.99, which seems a little steep, but thankfully the MAP (minimum advertised price) of $349.99 seems a little more reasonable. Overall it’s a decent guitar that should be checked out by both beginners and more seasoned players. Owned by KMC Musicorp, which distributes a number of string and percussion instruments by several companies including Ovation and Sabian, Sierra is headquartered in Charleston, South Carolina. For more information go to www.sierraguitars.net. 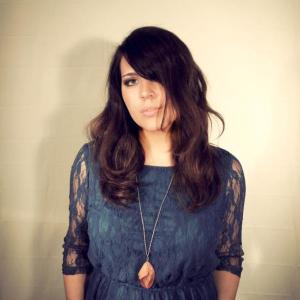 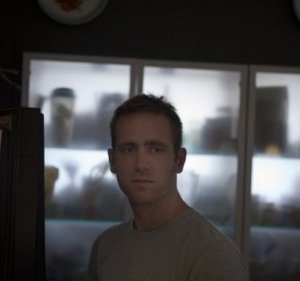