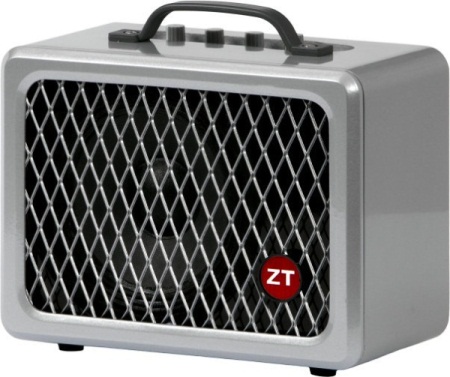 It’s not often that dreams come true, but the ZT Lunchbox is one of the rare cases where it actually happened.

No bigger than metal lunchboxes we carried to school (okay, I’m old) that not only held your lunch but a thermos that would break after the first week, the Lunchbox is certainly compact in size.  Small amps are nothing new, and are usually of the practice variety. But this baby packs 200 watts of power making it more than loud enough to use in a band setting at a gig. And it weighs in at a back-saving nine and a half pounds.

The closed back enclosure allows the 6 ½” speaker to produce enough thump to keep most guitarists happy (it sounds much bigger than it is), but there is also an external speaker output on the back for driving another cabinet if one feels the need to push more air.

The top mounted controls are minimalist: volume, gain, tone and ambiance. All the controls function just how one would expect with this single channel amp, with the exception of the ambiance control.  Rather than providing some “roominess” as a reverb control might add, to my ears the ambiance functions as the frequency selector for a mid boost. The lower settings were the most pleasing, while the higher settings produced nasally results.

The Lunchbox is all solid state, but if the early solid state amps sounded like this, then the tube v. solid state argument may have never arisen. The tone of this amp is warm (turning the tone up provides plenty of bite) and it feels responsive and dynamic, and interacts well with the volume control of the guitar.

Those looking for modern high gain sounds a la Mesa Boogie or Marshall’s heavy metal distortion will be disappointed. The Lunchbox favors clean and vintage overdrive sounds.  However, the preamp of this little guy loves effect pedals and can handle them whole-heartedly. Those seeking more modern sounds, metal mania, or old school Americana tremolo and reverb can do so with pedals without concern.

Other features of the amp include a ¼” headphone jack with its own volume control, a speaker on/off switch and a 1/8” aux input jack.

On the personal side of things: There are a lot of rehearsals I go to where I’m lugging around a bigger amp than I need, gigs where I think a smaller amp would be fine … but I have to take a larger amp because I don’t know for sure. There have also been radio station visits where I’ve played acoustic because lugging in a bigger amp would have scared the D.J. to death. Clearly, I’ve had situations where this amp would have been the way to go without giving up any tone.  Frankly, I’ve been lugging around too much amp. 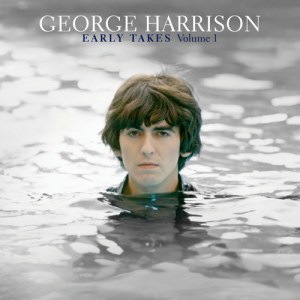 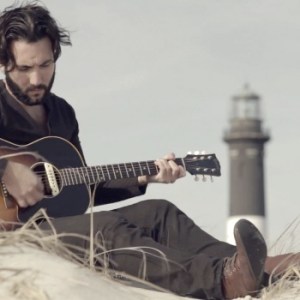