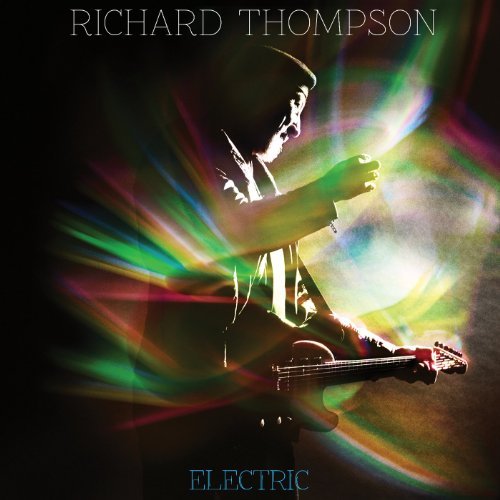 Just because singer/songwriter and extraordinary guitarist Richard Thompson was one of the originators of British folk-rock with his 60’s Fairport Convention outfit, doesn’t mean his roots aren’t based in American music. To acknowledge that, Thompson was awarded 2012’s American Music Association’s Lifetime Achievement Award and this new album—his debut studio recording for New West– is produced by Nashville stalwart Buddy Miller. Thompson claims he was aiming for a Celtic power trio approach here, which is to a great extent what he gets. For better or worse, he’s still struggling with female issues, as he seems to have for the past 30 years, making songs such as the fiddle enhanced “My Enemy” and the bittersweet ballad “Another Small Thing in Her Favour” throb with a dark undercurrent of barely repressed anger mixed with resentment. Rockers like the tough, garage styled “Straight and Narrow” and the rhythm section heavy power riffage of the heated “Stuck on the Treadmill” offset the introspective material that dominates the disc. A few acoustic tracks belie the album’s plugged in title, but the terse, tensile performances are fully electric in their intensity. Miller adds occasional stringed accompaniment, Alison Krauss swings by for a lovely duet, but this is another in a seemingly endless streak of quality albums from Richard Thompson, a journeyman artist in the homestretch of his long career, whose best years never seem to be behind him.