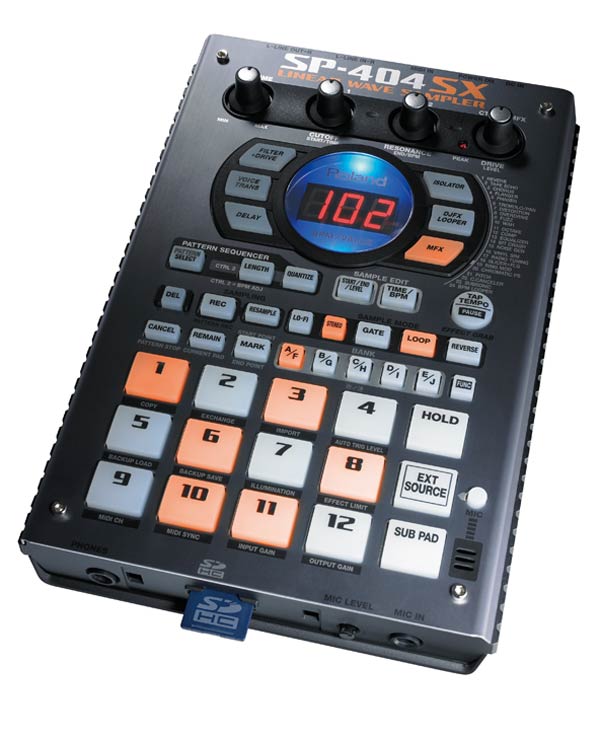 The Roland SP-404SX is a linear wave sampler boasting a renewed sound quality over the original SP-404. For commanding the attention of today’s youth culture, it’s the best weapon technology has to offer. The SP-404SX forges new sounds, and the linear sampling marks an improved sound quality to the original. There are also 29 DSP effects, improved pattern sequencing and SD card compatibility for storage.

One problem with a lot of new electronic hardware is the learning curve for figuring out the product. “How much time do I need to spend with this until I know it inside and out?” “The manual seemed thick as molasses in January, until I realized it was in seven languages!” On the other hand, it took no time to learn how to twiddle and tweak the SP-404SX into submission. Aside from the given samples—which take up half of the ten sound banks—the roof is wide open for use onstage or in the studio. Purchasing additional SD cards allows for limitless storage.

I have to admit I wasn’t that impressed with the product’s onboard mic compared to other onboard mics, but it does make the unit 100% portable (for battery use). Both an external microphone input with a preamp and the stereo RCA line inputs accept audio for 44.1Khz/16 bit linear sampling. Samples can be recorded with the onboard effects applied or clean, allowing the user to manipulate the effect in real time using three effect potentiometers. These knobs control the cutoff, resonance and drive (distortion), as well as different parameters, depending on the effect selected.

At the heart of this gadget lies a centerpiece only comparable to the life force of Iron Man. A glowing BPM/Value gauge cascades between the vibrant colors of orange, purple and blue. In pattern mode, it flashes to the tempo, producing a cool look onstage while also dictating the driving beat. This isn’t your grandma’s metronome, unless she’s making a comeback in the French nightclub scene.

Pattern mode allows you to create and play back drum-machine style grooves, using samples from any pad bank. If a sample is playing and another pad is pushed, the newly activated sample will start automatically after the first sample finishes. It’s a highly effective way to program a sequence in real time.

WAVE and AIFF files can be imported from computer libraries by using the included “SP-404SX Wave Converter” software. This basically allows Windows and Mac OS users to upload sample libraries onto an SD card. (Unfortunately, you’ll need to use an SD Card Reader that is sold separately). Once you assign the samples to the pads on the screen, they’ll pop up on the corresponding triggers when the SD card is reinserted in the unit.

This product makes me yearn for my college days, when I was in a groundbreaking rock/electronic band. During a typical band argument, the guy in charge of programming the samplers and drum machines griped, “I’m just a button pusher to you guys.”

He knew his argument was solid. I just hope he saw the future that button pushing had to offer. 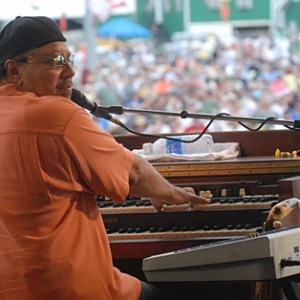