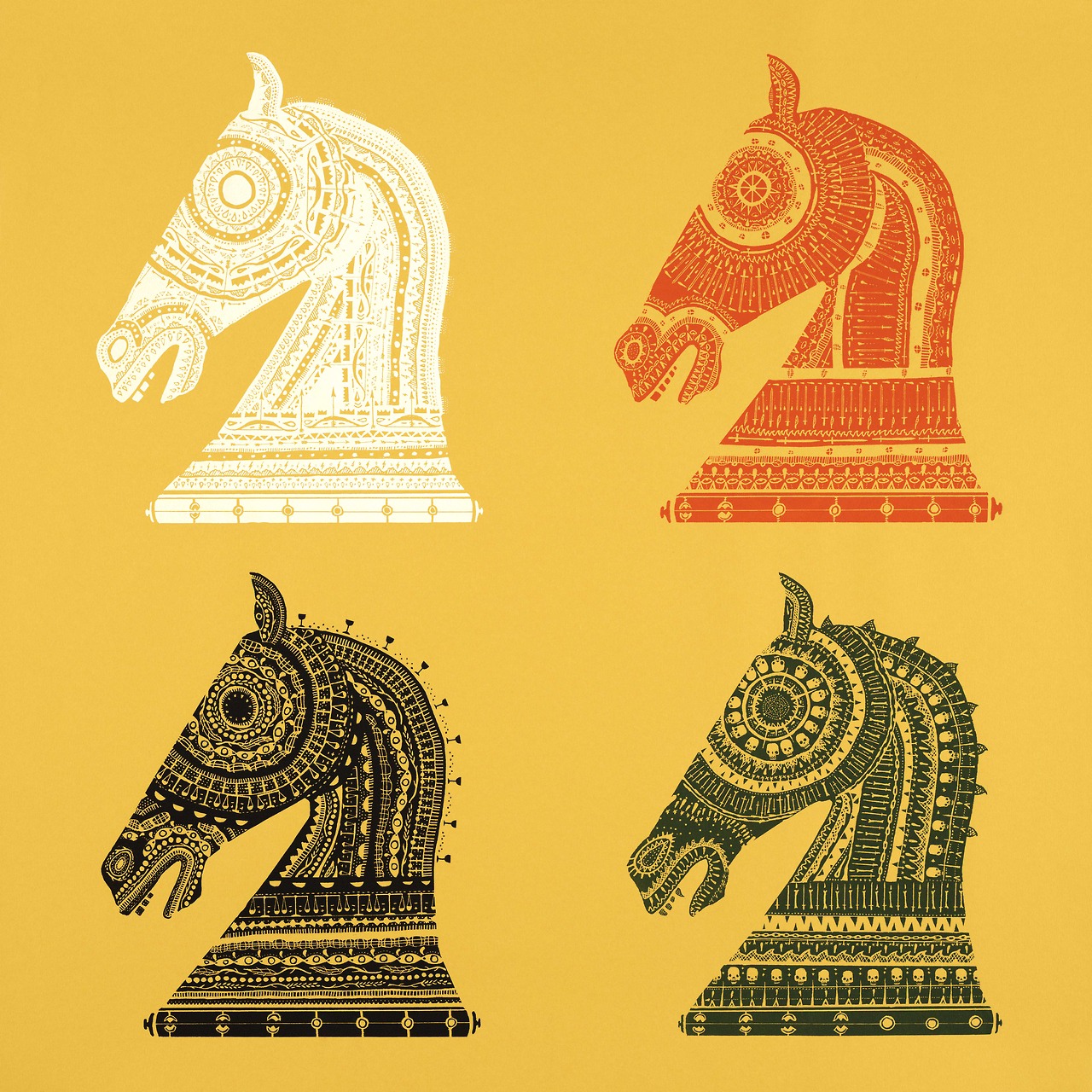 There’s no shortage of folk revivalists these days. The pretensions of these trend following bands conjure up images of beards, fitted vests and foot stopping hummable tunes with plenty of imitation and very little authenticity. However, Columbus, Ohio’s Saintseneca is a band apart. Led by multi-instrumentalist Zac Little, they play a unique brand of folk-inspired post punk that has an aged patina but is as sharp as a brand new knife.

On Dark Arc, the craftsmanship and lyricism reveal a uniquely singular band informed by Appalachian mountain music and the explosive recklessness of punk.

Dark Arc is the band’s second album and first on Anti- Records. Their previous album Last, was a DIY project that thanks to playing house shows, received plenty of word-of-mouth attention.

Dark Arc offers a mature group with much stronger production and the addition of Maryn Jones of the band All Dogs. The opener “Blood Path,” sets the tone for the album and pinpoints the themes of loneliness, heartbreak and a search for meaning. The structure of the song is also echoed in much of the album. It starts off as a contemplative acoustic string ballad bolstered by Little’s nasally delivery and then halfway through the rest of the band joins and it sounds like there are 20 of them. The wall of sound juxtaposed with Little’s vocals is the band’s signature sound. It’s as if Conor Oberst was fronting Arcade Fire.

On standout track “Happy Alone,” Little displays his lyrical wit. The happy part is not to be trusted. Little explains, “Guilty pleasures at best/ Gouge the floors of our chest/ This is the only vestige left/ Next time will be better I guess.” Little is a songwriter’s songwriter and the verses of the songs on Dark Arc reward close listening.

However, the band showcases more on this album than just simply expert musicianship and soulful lyrics. There is a dangerous out of control aspect to how Little delivers his melancholy lines. On “Falling Off,” Little sings, “A laceration sufficiently deep/ My body still wears a scar in the knee/ So when you live off every scrap of your self/ Take solace in knowing as somebody else,” with a palpable slow burn. He goes on to mournfully wail without musical accompaniment while his voice breaks, “Though time will tear our bodies off.” Then the band comes back in playing with an ebullient bounce as if the blood-curdling howl never happened.

On “Upper Cutter,” all of the pieces of the band memorably come together. The beautiful harmonies by Little and Jones are propped up against a backdrop of heartbreak. “Upper cutter you take me down/ Your blood sending bludgeons,” sounds like the battle cry of the defeated. But Little tries desperately to get the last word: “Swallow all your chewing gum/ limp into the setting sun/ I for one will not be sung to sleep.” The track is a knockout punch on an album that may cause listeners to lose their balance.